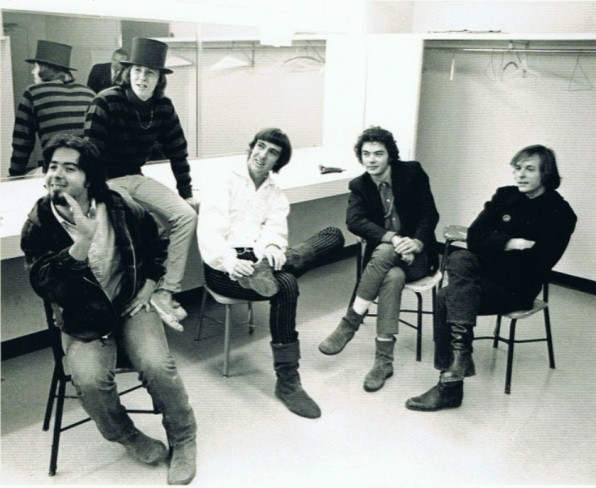 The 13th Floor Elevators was an American rock band from Austin, Texas, United States, formed by guitarist and vocalist Roky Erickson, electric jug player Tommy Hall, and guitarist Stacy Sutherland. The band was together from 1965 to 1969, and during that period released four albums and seven singles for the International Artists record label.The Elevators were the first band to refer to their music as psychedelic rock, with the first-known use of the term appearing on their business card in January 1966. The 2005 documentary You're Gonna Miss Me specifically credits Tommy Hall with coining the term "psychedelic rock." Their contemporary influence has been acknowledged by 1960s musicians such as Billy Gibbons of ZZ Top, Peter Albin of Big Brother and the Holding Company, and Chris Gerniottis of Zakary Thaks.

The 13th Floor Elevators debut single "You're Gonna Miss Me", a national Billboard No. 55 hit in 1966, was featured on the 1972 compilation Nuggets: Original Artyfacts from the First Psychedelic Era, 1965-1968. Seminal punk rock band Television played the Elevator's song "Fire Engine" live in the mid-1970s. In the 1980s and 1990s, the 13th Floor Elevators influenced bands such as Primal Scream, the Shamen, Lime Spiders and Spacemen 3, all of whom covered their songs, and 14 Iced Bears who use an electric jug on their single "Beautiful Child". In 2009, International Artists released a ten CD box set entitled Sign of the 3-Eyed Men, which included the mono and new, alternative, stereo mixes of the original albums, together with two albums of previously unreleased material and a number of rare live recordings.

Bull of the Woods

The Psychedelic Sounds of the 13th Floor Elevators - 2008 Remaster

The Psychedelic Sounds of the 13th Floor Elevators

7th Heaven: Music of the Spheres