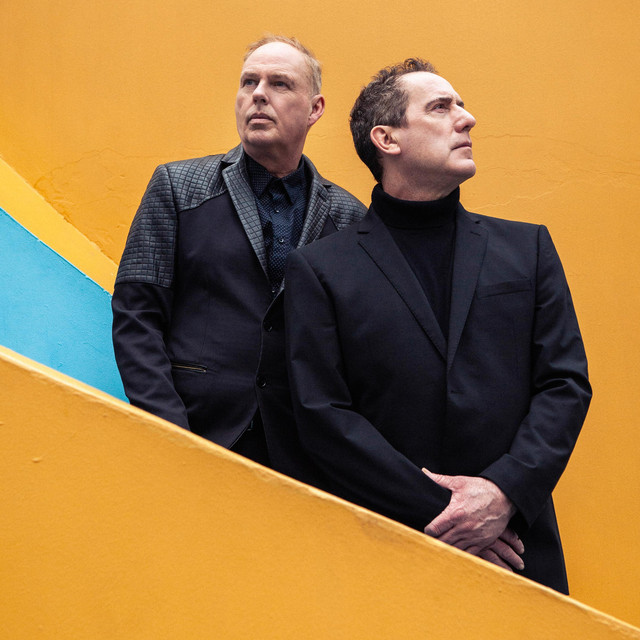 Orchestral Manoeuvres in the Dark (OMD) are an English electronic band formed in Wirral, Merseyside, in 1978. The group consists of co-founders Andy McCluskey (vocals, bass guitar) and Paul Humphreys (keyboards, vocals), along with Martin Cooper (various instruments) and Stuart Kershaw (drums); McCluskey has been the only constant member. Regarded as pioneers of electronic music, OMD combined an experimental, minimalist ethos with pop sensibilities, becoming central figures in the late-1970s/early-1980s emergence of synth-pop.

McCluskey and Humphreys led precursor group the Id from 1977–1978, and re-recorded their track "Electricity" as OMD's debut single in 1979. Weathering an "uncool" image and a degree of hostility from music critics, the band achieved popularity throughout Europe with the 1980 anti-war song "Enola Gay", and gained further recognition via Architecture & Morality (1981) and its three hit singles. Although later reappraised, Dazzle Ships (1983) was seen as overly experimental, and eroded European support. The group embraced a more radio-friendly sound on Junk Culture (1984); this change in direction led to greater success in the United States, and yielded hits including "If You Leave" (from the 1986 film Pretty in Pink). OMD have been identified as one of the original acts involved in the MTV-driven Second British Invasion of the US.

In 1989, creative differences saw Humphreys and other members form the spin-off band the Listening Pool, leaving McCluskey the only remaining member of OMD. The group returned with a new line-up and explored the dance-pop genre: Sugar Tax (1991) and its initial singles were hits in Europe. OMD then began to flounder amid the guitar-oriented grunge and Britpop movements, eventually disbanding in 1996. McCluskey later conceived girl group Atomic Kitten, for whom he served as a principal songwriter, while Humphreys formed the duo Onetwo alongside Propaganda vocalist Claudia Brücken.

OMD were highly influential on contemporary electronic acts, as well as on later artists in diverse genres. In 2006, the band reformed with Humphreys and McCluskey working on material closer in sound to their early output; The Punishment of Luxury (2017) was the group's seventh top 10 entry on the UK Albums Chart. They have also achieved 12 top 20 hits on the UK Singles Chart, as well as three top 20 hits on the US Billboard Hot 100. OMD have sold over 40 million records, and continue to tour internationally.

The Punishment of Luxury: B Sides & Bonus Material

The Punishment of Luxury

What Have We Done

The Punishment of Luxury (Remixes)

The View from Here

Dazzle Ships (Live at the Museum of Liverpool)

If You Want It

If You Want It Remixes

Orchestral Manoeuvres In The Dark (Remastered 2003)