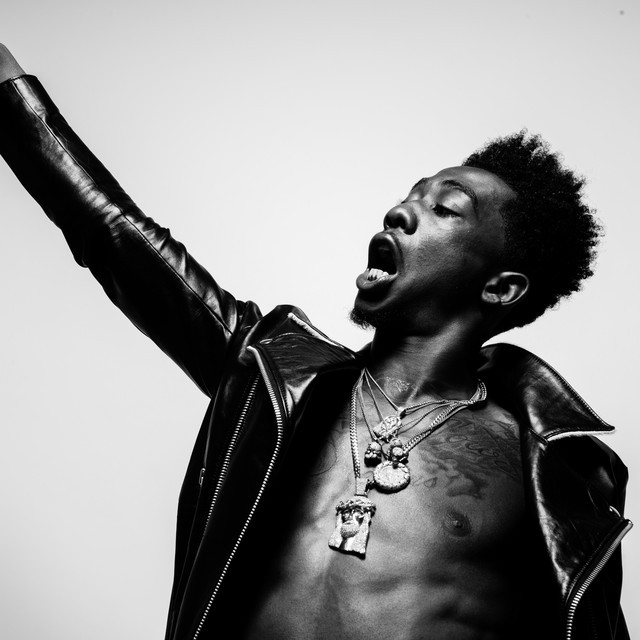 Sidney Royel Selby III (born May 3, 1997), better known by his stage name Desiigner, is an American rapper and singer. In December 2015, his debut single "Panda" reached number one on the U.S. Billboard Hot 100. In 2019, he was released from Def Jam and was an independent artist.

The Brooklyn-born rapper unleashed the video on Friday, less than two months after confirming he wasn't retiring from music. Check out the visual here.

In a video shared online this week, Desiigner had some words for EST Gee after the Louisville rapper wanted to charge him $75,000 for a guest verse.

The rapper told DJ Vlad he was "going through a little mental thing" at the time of his exit The post Desiigner explains why he left Kanye West’s G.O.O.D Music label appeared first on NME.

A video shows Desiigner arguing with officers after he was pulled over in Los Angeles for allegedly having tinted windows on his vehicle and no license plate.

All the Hot 100 No. 1s With Animals In Their Titles — From Designer’s ‘Panda’ to Prince’s ‘When Doves Cry’

In the Billboard Hot 100's history, several animals have shared the No. 1 spot with human artists. On the May 7-dated list, "Panda" by rapper Desiigner joined the list of leaders that reference our friends in the animal kingdom specifically in their titles. From charting chipmunks to dominating disco ducks, here is the complete zoo's worth of Hot 100 No. 1s that have drawn audiences thanks to their animal magnetism.

Desiigner believes that Goonew's funeral, which saw the late rapper's body propped upright and placed on stage at a nightclub, adds "new flavor to the game."

Desiigner unveiled his new music video for "Bakin" featuring Slushii and DJ Whoo Kid, and the late Bob Saget appears in the clip as the ultimate master chef.

"Bob's [spirit] was different. It was ‘put me in an odd place that you wouldn't expect for me to be and watch me shine,’" Jay Pharoah says

Star In The Room

Move How We Move

Thank God I Got It