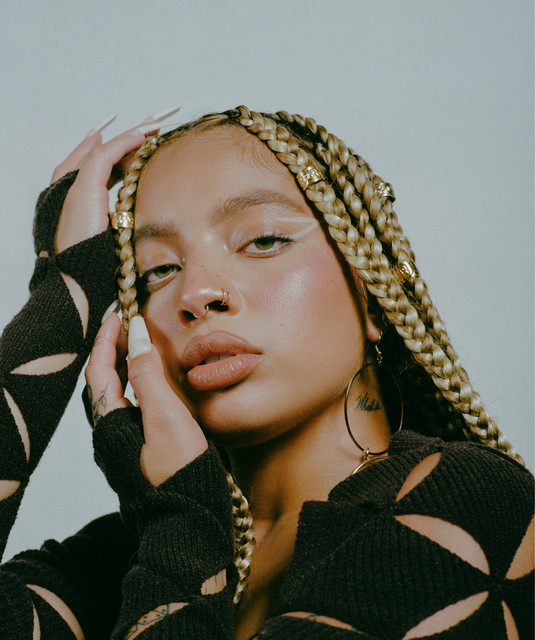 Kiana Ledé Brown (born April 3, 1997), known professionally as Kiana Ledé, is an American singer, songwriter, actress and pianist currently based in Los Angeles, California. She starred as Zoe Vaughn on the second season of MTV's horror series Scream. Ledé also starred as Veronica Washington on Netflix's original series All About the Washingtons. Kiana's debut album, Kiki, was released on April 3, 2020.

The company strives to help create new opportunities for its artists and ensure that the creative integrity of their music and brand is protected.

I AM WOMAN - Kiana Lede

Save Myself (From The Original Television Soundtrack Blade Runner Black Lotus)

Rather Be (with Kiana Ledé)

Not My Neighbour (feat. Kiana Ledé)

Count Me In (with Kiana Ledé)

Alone for Christmas (feat. Kiana Ledé) [from Still Home For The Holidays (An R&B Christmas Album)]

One Of Them Days

I Choose You (Acoustic)