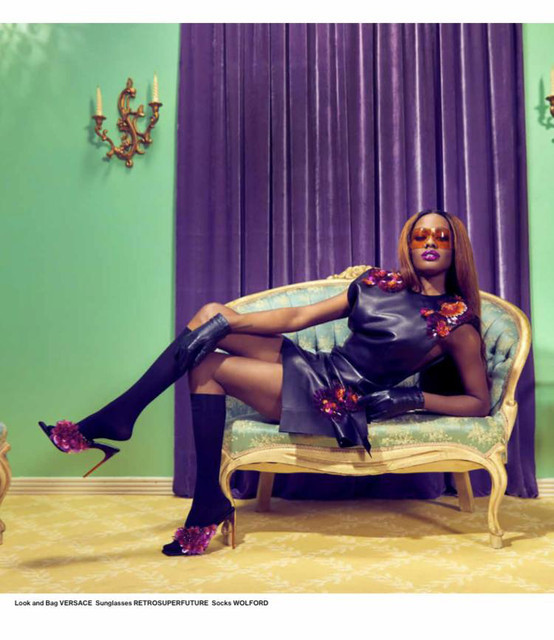 Azealia Amanda Banks ( ə-ZEE-lee-ə; born May 31, 1991) is an American rapper, singer and songwriter. Raised in the Harlem neighborhood of New York City, she began releasing music through Myspace in 2008 before being signed to XL Recordings at age 18. In 2011, her debut single "212" went viral and entered several international charts. Banks subsequently signed with Interscope and Polydor Records before later separating in July 2013. Banks ultimately became an independent artist and started her own independent record label, Chaos & Glory Recordings, after multiple negative experiences with previous labels.

Banks has released three mixtapes (Fantasea in 2012, Slay-Z in 2016, and Yung Rapunxel: Pt.II in 2019), one studio album (Broke with Expensive Taste in 2014), and two extended plays (1991 in 2012 and Icy Colors Change in 2018). Her long-delayed second and third studio albums, Fantasea II: The Second Wave and Business & Pleasure, await release. The lead singles from each respective album, "Anna Wintour" and "Black Madonna" were released in April 2018 and June 2020 respectively. In December 2017, Banks had her film debut in the musical drama Love Beats Rhymes, portraying the lead character.

Throughout her career, Banks' social media presence and outspoken views, especially on U.S. politics and race, have attracted significant controversy, criticism, and media scrutiny. She has developed a reputation for having disputes with public figures on Twitter before being banned from the platform.

The “212” artist can keep mentions of Kwatinetz’s disputes with the Backstreet Boys and Kelly Clarkson in her complaint, but racism theory needs “developing,” judge rules

Jabs thrown between Azealia Banks and Julia Fox were below the belt. Continue reading…

"Listen to my music. Listen to the last five years of Kanye West’s music. I’m superior."

The rapper opens up about her upcoming music, why cancel culture isn't real, and why she's not on TikTok

The rapper responded by saying "Grimes def has some psychosexual obsession with me" The post Grimes says her new song is “about having to defeat Azealia Banks when she tried to destroy my life” appeared first on NME.

Azealia Banks’ “Fuck Him All Night” Is a Steamy Club Banger

Azealia Banks’ ‘Fuck Him All Night’ Is Peak 2021 — Raunchy, Weird, And Exciting All At Once

Her genuinely eccentric, one-of-a-kind style might be exactly what we need right now

Azealia Banks returns with provocative artwork for her upcoming "F--- Him All Night' single, but there's even more art within the cover fans are paying attention to.

Fuck Him All Night