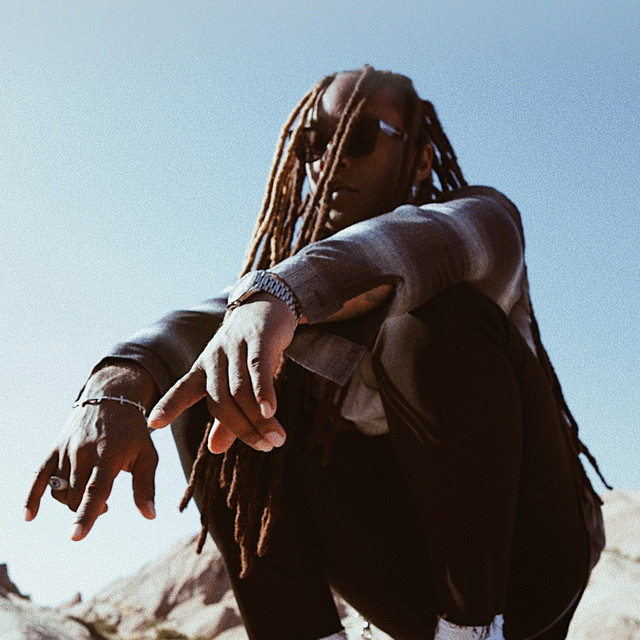 Tyrone William Griffin Jr. (born April 13, 1982), better known by his stage name Ty Dolla Sign (stylized as Ty Dolla $ign or Ty$), is an American singer, songwriter and record producer. He first gained major recognition in 2010 for his feature on American rapper YG's single "Toot It and Boot It", which he had co-written and produced for Def Jam Recordings. In the summer of 2013, he signed a record deal with American rapper Wiz Khalifa's Taylor Gang Records. In November 2015, he released his debut studio album, Free TC, which peaked at number 14 on the Billboard 200.

Ty Dolla Sign is known for his songs "Paranoid", "Or Nah", and "Blasé"; as well as his writing contributions to "Loyal" by Chris Brown, "Post to Be" by Omarion featuring Brown and Jhené Aiko, and "FourFiveSeconds" by Rihanna, as well his various features on singles such as "Work from Home" by Fifth Harmony, "Swalla" by Jason Derulo, featuring Nicki Minaj, "Hot Girl Summer" by Megan Thee Stallion, also featuring Nicki Minaj, and "Psycho" by Post Malone, which was his first track to hit number one on the Billboard Hot 100. Aside from his solo music career, Ty Dolla Sign is also a member of production team D.R.U.G.S., alongside Chordz 3D, Buddah Shampoo, Nate 3D, James Koo, Fuego and DJ Dahi.

DJ, Host, & Influencer Brittany Sky kept the vibes high during Billboard’s inaugural MusicCon presented by Smirnoff. During Billboard’s Las Vegas takeover, Brittany had fans dancing nonstop at the Smirnoff Lemonade Lounge and even opened for Ty Dolla $ign’s headlining performance. She managed to stay cool throughout the party by sipping on the new Smirnoff […]

"G.O.A.T." pairs verses from Life After Death's "I Love the Dough" with a distinctly Afrobeats vibe

MusicCon will take place in Las Vegas on May 13-14 ahead of Sunday's 2022 Billboard Music Awards.

Dolla $ign kicks off his imprint by signing Grammy nominee songwriter and producer Leon Thomas as his first artist.

Bia, Jessie Murph, Iann Dior and Mills are also among the lineup's performers.

The bilingual set includes collaborations by Future, Rvssian, Ty Dolla $ign and others.

H.E.R., Ty Dolla $ign and Killer Mike are among the guests on the multi-faceted artist's latest project

Song You Need To Know: Rauw Alejandro and Ankhal, ‘Wuepa’

The song is off of Trap Cake Vol. 2, which also features Rvssian, Future, and Ty Dolla $ign

Rising rapper Blxst crosses off a career milestone on Billboard’s charts with a first radio airplay No. 1.

The video was directed by Michael Garcia

The concept album will stream in just a couple of days The post Kendrick Lamar to appear on new Terrace Martin album ‘Drones’ alongside Snoop Dogg, Ty Dolla $ign and more appeared first on NME.

Some end of the summer heat. Continue reading…

Cheers to the Best Memories will arrive on Friday

Cheers to the Best Memories is out August 20 and features guest spots from YG, Rauw Alejandro, and the late Mac Miller

Late to the Party

Cheers to the Best Memories

I Believed It (feat. Mac Miller)

By Yourself (feat. Jhené Aiko & Mustard)

Alone for Christmas (feat. Kiana Ledé) [from Still Home For The Holidays (An R&B Christmas Album)]

All I Need (with Mahalia & Ty Dolla $ign)

Speed Me Up (with Ty Dolla $ign, Lil Yachty & Sueco the Child)

Hottest in the City

The Other Side (with MAX & Ty Dolla $ign)

Don't Get Much Better (with Jeremih, Ty Dolla $ign & Sage The Gemini)

House On The Hill