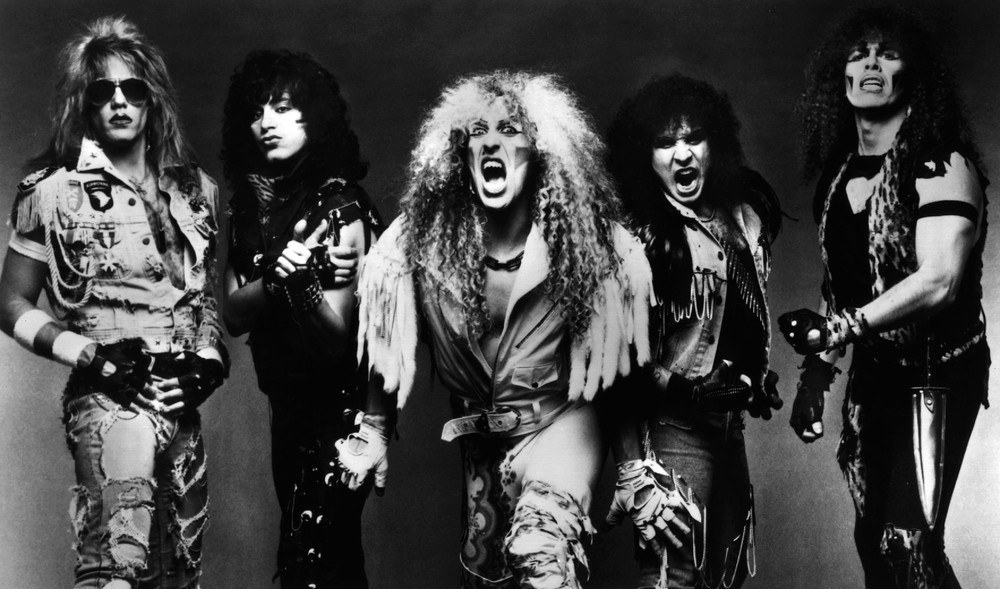 Twisted Sister was an American heavy metal band originally from Ho-Ho-Kus, New Jersey, and later based on Long Island, New York. Their best-known songs include "We're Not Gonna Take It" and "I Wanna Rock", which had music videos noted for their sense of slapstick humor.

Twisted Sister evolved from a band named Silver Star, and experienced several membership changes before settling on a classic lineup consisting of Jay Jay French (guitars), Eddie "Fingers" Ojeda (guitars), Dee Snider (lead vocals), Mark "The Animal" Mendoza (bass), and A. J. Pero (drums) in 1982 which recorded four of the band's first five albums. Twisted Sister's first two albums, Under the Blade (1982) and You Can't Stop Rock 'n' Roll (1983), were critically well received and earned the band underground popularity. The band achieved mainstream success with their third album, Stay Hungry (1984), and its single "We're Not Gonna Take It", which was their only Top 40 hit on the Billboard Hot 100. Their next two albums, Come Out and Play (1985) and Love Is for Suckers (1987), did not match the success of Stay Hungry, and Twisted Sister disbanded in 1988.

The band briefly reunited in the late 1990s before more permanently reforming in 2003. The band released two more albums: Still Hungry (2004), a rerecording of their third album, and the Christmas album, A Twisted Christmas (2006). Following Pero's death in 2015, the band embarked on a farewell tour and broke up again upon the tour's completion in 2016.

Although Twisted Sister is sometimes regarded as glam metal due to its use of makeup, Snider considers the term to be inappropriate. Twisted Sister is also ranked No. 73 among VH1's 100 greatest artists of hard rock.

Randi Zuckerburg has covered 'We’re Not Gonna Take It' to promote a cryptocurrency The post Dee Snider hits out at “dog shit” cover of Twisted Sister by Mark Zuckerburg’s sister appeared first on NME.

"My grandfather was Ukrainian, before it was swallowed up by the USSR after WW2," the Twisted Sister frontman tweeted.

The Twisted Sister frontman's grandfather was Ukrainian, "before it was swallowed up by the USSR after WW2" The post Dee Snider “absolutely” approves of Ukrainians using ‘We’re Not Gonna Take It’ as rallying cry appeared first on NME.

Live at the Marquee Club

Love Is for Suckers

Come Out and Play