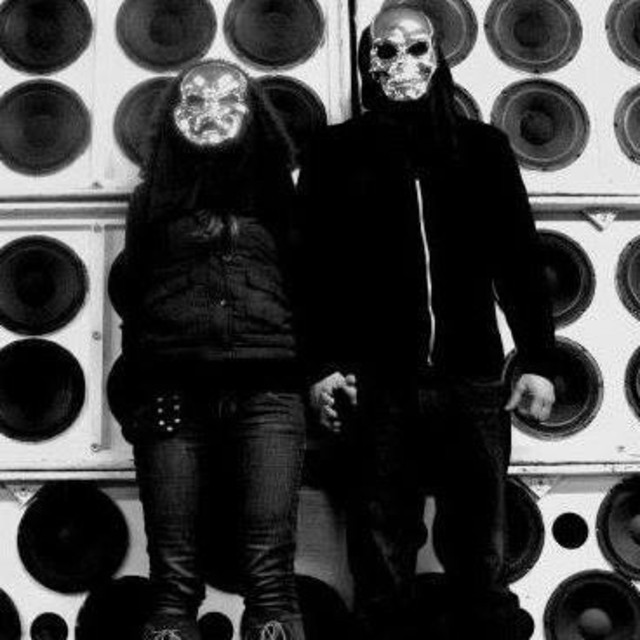 Jucifer are a two piece American sludge metal band whose albums have been released by Alternative Tentacles, Capricorn Records, and Relapse Records along with their own imprint Nomadic Fortress Records. The band's members are Gazelle Amber Valentine on lead guitar and vocals, and her husband Edgar Livengood on drums. Jucifer is notable for the extreme volume at which they perform, and the gigantic wall of amplification used for Valentine's guitar, as well as the dichotomy that has existed between much of the recorded material and their live shows. They are also notable for incessant touring beginning in the mid-1990s. In 2000 Jucifer moved into an RV and became completely "nomadic in nature", preferring to tour constantly, living in their tour vehicle, rather than following the normal practice of album release/tour/time at home.Jucifer is known to record music using a wide range of styles and instrumentation. Both members are songwriters and multi instrumentalists. Although primarily a metal band, their studio recordings are not limited to metal genres.

Jucifer also crosses genre boundaries when performing live but only within subgenres of extreme metal, played at extreme volume. As per their website description "GENRE = OBLITERATE. SLUDGE, BLACK, GRIND, THRASH, DEATH, CRUST, DOOM, COMBINE \M/" The husband-and-wife duo were starring in a film by Derek Cianfrance titled Metalhead, a drama centering on a drummer suffering from hearing loss and learning the meaning of silence. Livengood and Valentine play as themselves acting a fictitious story in the film. The film was in production since 2009 but was cancelled few years later. Cianfrance would later executive produce Sound of Metal, which is a rework of Metalhead co-written and directed by Darius Marder. Although Cianfrance used Jucifer as inspiration for his original plot, which in turn inspired the reworked version, neither film is biographical.

In 2015, Jucifer previewed teasers for a "music video biopic" called NOMADS: Build To Destroy which features tour footage and documentary materials filmed and assembled by the band. Livengood is credited with photography and Valentine with editing. The film was slated for a 2017 release.

I Name You Destroyer

Calling All Cars On The Vegas Strip

Made Out Of Babies

TODAY IS THE DAY