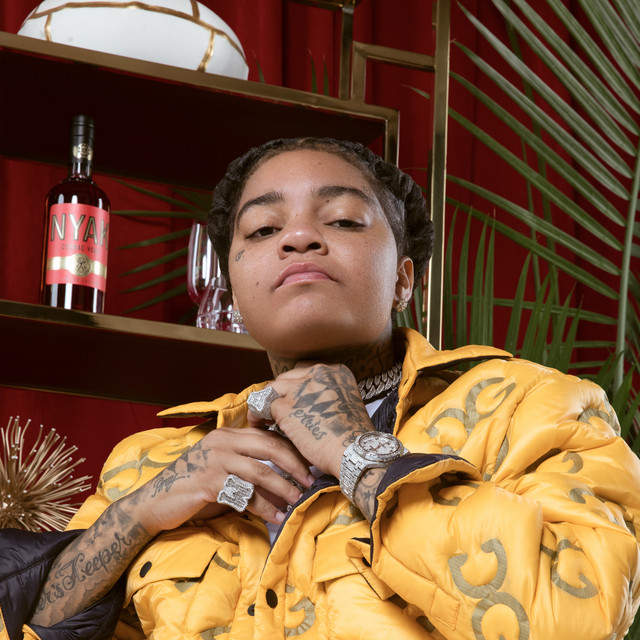 Katorah Kasanova Marrero (born April 3, 1992), better known by her stage name Young M.A (acronym for Young Me. Always), is an American rapper. She first gained widespread recognition with the release of the quadruple-platinum hit single "Ooouuu", breaking the top 20 of the Billboard Hot 100, boasting over 300 million YouTube views on the music video.After the success of her debut single, Young M.A was nominated for BET and MTV Artist of the Year and Female Hip-Hop Artist of the Year awards. She began appearing on magazine covers. She has been featured in global ad campaigns for Google Pixel 2, Beats By Dre and Pandora. She has appeared on a variety of television shows and performed alongside Alicia Keys on The Tonight Show Starring Jimmy Fallon.

In 2018, Young M.A was featured on the Forbes 30 Under 30, the same year she launched the KWEENZ Foundation with her mother. Young M.A has also received a proclamation from New York City.

No Mercy (Intro) [from the "Bruised" Soundtrack]

Herstory in the Making