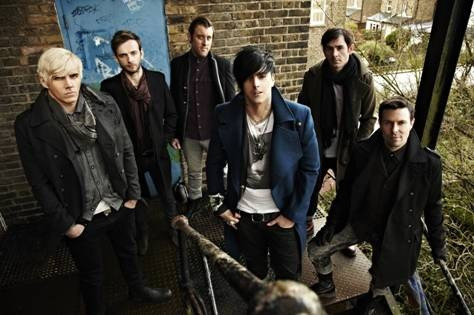 Lostprophets were a Welsh rock band from Pontypridd, formed in 1997 by singer and lyricist Ian Watkins, guitarist (originally bassist) Mike Lewis, guitarist Lee Gaze, and drummer Mike Chiplin. The band was founded as a side project of the band Public Disturbance, and was part of the Cardiff music scene.Lostprophets released five studio albums: The Fake Sound of Progress (2000), Start Something (2004), Liberation Transmission (2006), The Betrayed (2010), and Weapons (2012). They sold 3.5 million albums worldwide, achieving two top-ten singles on the UK Singles Chart ("Last Train Home" and "Rooftops"), a No. 1 single on the US Alternative Songs chart ("Last Train Home"), and several Kerrang! Awards and nominations.

In December 2012, Watkins was charged with multiple sexual offences against minors, infants, and animals. Lostprophets canceled all tour dates and disbanded in October 2013, before the end of Watkins's trial. Watkins pleaded guilty to several charges. In December 2013, he was sentenced to 29 years of imprisonment plus six years of parole. In June 2014, the remaining members joined American singer Geoff Rickly to form a new band, No Devotion.