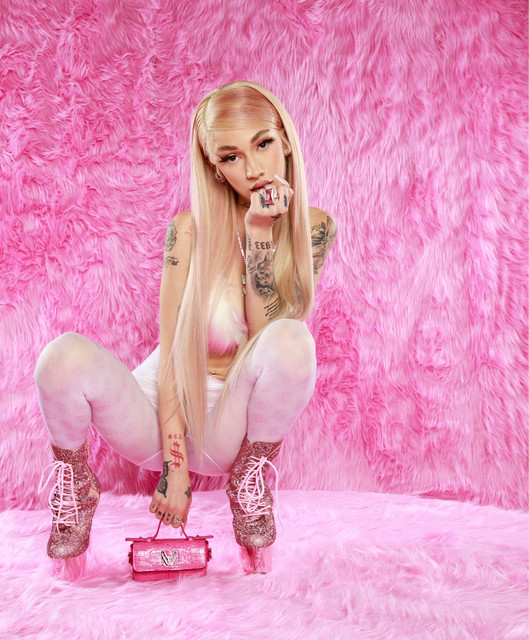 Danielle Bregoli (born March 26, 2003), known professionally as Bhad Bhabie (, "bad baby"), is an American rapper, songwriter, and internet personality. She first became known from an appearance on Dr. Phil in September 2016, in which she uttered the phrase, "Cash me ousside, how bout dah?", which became a viral video meme and catchphrase.In 2017, Bregoli became the youngest female rapper ever to appear on the Billboard Hot 100 chart with her debut single "These Heaux". She subsequently signed a record deal with Atlantic Records and has since expanded into a reality show, a makeup brand, tours, and a music career. Bregoli released her first mixtape, 15, in September 2018. Its lead single, "Hi Bich", became her second single to appear on the Billboard Hot 100 chart.

On this episode of GOAT Talk, Bhad Bhabie names the GOAT Kodak Black song, reality TV show, album, and more. This is GOAT Talk, a show where we ask today’s grea

Bhad Bhabie is proving she really did make $52 million on OnlyFans and she brought the receipts.

Bhad Bhabie Shares Alleged Receipts on Making $50 Million on OnlyFans After Being Doubted: 'Go Cry About It B*tch’

Bhad Bhabie has responded to those who’ve doubted her recent claim that she made $50 million on OnlyFans by posting an alleged screenshot of her earnings.

Bhad Bhabie is proving that she did make $52 million on OnlyFans.

Bhad Bhabie Claims She's Made $50 Million on OnlyFans, Says She's Over 'Cash Me Outside' References

Bhad Bhabie, who bought a $6.1 million Florida mansion this month, has said that she’s made $50 million on OnlyFans and is sick of “cash me outside” references.

Bhad Bhabie, best known for her 'Dr. Phil' appearance and "catch me outside" phrase, recently bought a $6.1 million Florida mansion in an all-cash deal.

The two went back and forth on IG Live. Continue reading…

Lil Yachty and Bhad Bhabie have something new up their sleeve. Continue reading…

"We broke the fuck out of that OnlyFans record" The post Bhad Bhabie made over $1million in her first six hours on OnlyFans appeared first on NME.

Cash(ing) Me Outside: Bhad Bhabie Selling Iconic Meme as NFT on 18th Birthday

Rapper Bhad Bhabie (aka Danielle Bregoli) will celebrate her upcoming 18th birthday with an NFT sale of her iconic meme on Friday (March 26).

That's What I Said