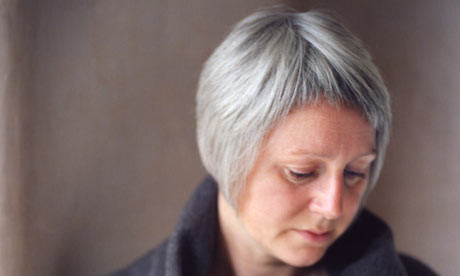 Elizabeth Davidson Fraser (born 29 August 1963), is a Scottish singer, songwriter and musician. Hailing from Grangemouth, Scotland, she is best known as the vocalist for the pioneering dream pop band Cocteau Twins who achieved international success primarily during the mid–1980s until early 1990. Their studio albums Victorialand (1986) and Heaven or Las Vegas (1990) both reached the top ten of the UK Album Charts, as well as other albums including Blue Bell Knoll (1988), Four-Calendar Café (1993) and Milk & Kisses (1996) charing on the Billboard 200 album charts in the United States as well as the top 20 in the UK. She also performed as part of the 4AD group This Mortal Coil, including the successful 1983 single "Song to the Siren", and as a guest with Massive Attack on their 1998 single "Teardrop".

The album Heaven or Las Vegas was included in the book 1001 Albums You Must Hear Before You Die, and was voted number 218 in the third edition of Colin Larkin's All Time Top 1000 Albums. In 2020, Rolling Stone listed it at No. 245 in its list of the 500 Greatest Albums of All Time. The band have had four of their studio albums reach number one on the UK Indie Chart.

Following the disbandment of the Cocteau Twins, Fraser embarked on a moderately low key solo career and providing guest vocals for other artists. In 2000, she appeared alongside Paul Buchanan and Peter Gabriel on Later...with Jools Holland performing "Downside-Up, one of two songs she performed with Gabriel as part of the Millennium Dome Show which ran between 1 January 2000 and 31 December 2000. " She released some solo material, including singles "Underwater" (2000) and "Moses" (2009). Fraser has reportedly recorded enough material for a debut solo studio album; however, a release date or further information has not been published. In 2022, Fraser released the EP Sun's Signature, which includes a re-worked version of her 2000 single release "Underwater". In May 2022, Fraser and former band mates Robin Guthrie and Simon Raymonde were awarded the Visionary Award by The Ivors Academy.Her distinctive style has received much critical praise in her four-decade career; she was once described as "the voice of God". She was described by critic Jason Ankeny as "an utterly unique performer whose swooping, operatic vocals relied less on any recognizable language than on the subjective sounds and textures of verbalized emotions".

Working alongside her partner Damon Reece, the Cocteau Twins’ Elizabeth Fraser delivers her most substantial musical statement in a quarter century.

'Underwater' is the second track from the project of Fraser and her partner Damon Reece The post Cocteau Twins’ Elizabeth Fraser shares new song with Sun’s Signature project appeared first on NME.

Tales From The Trash Stratum