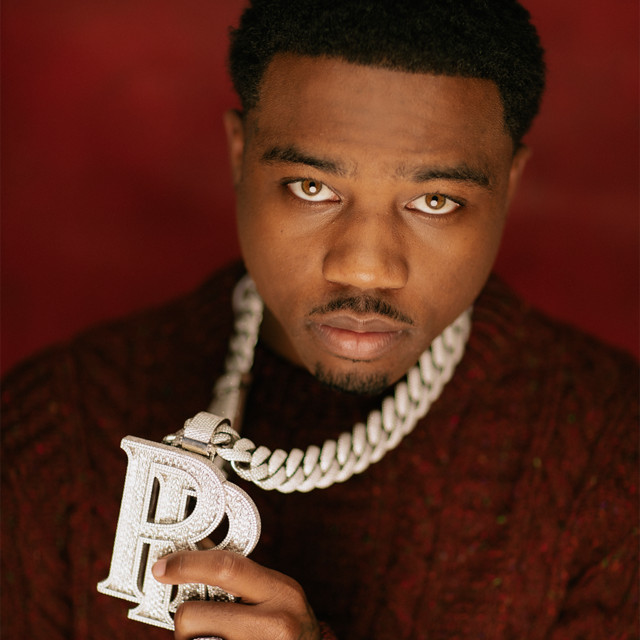 Rodrick Wayne Moore Jr. (born October 22, 1998), known professionally as Roddy Ricch, is an American rapper, singer. and songwriter. He rose to fame in 2018 with his single, "Die Young", which peaked at number 98 on the Billboard Hot 100. Ricch's first two mixtapes, Feed Tha Streets (2017) and Feed Tha Streets II (2018), also received widespread acclaim. In 2019, Ricch was featured alongside Hit-Boy on Nipsey Hussle's single, "Racks in the Middle", which earned him a Grammy Award for Best Rap Performance, and on Mustard's Grammy-nominated single "Ballin'", which reached the top 20 of the Hot 100.

Ricch's debut studio album, Please Excuse Me for Being Antisocial, was released through Atlantic Records and Bird Vision Entertainment on December 6, 2019, and debuted atop the Billboard 200, becoming his first chart-topping album. It spawned the Hot 100 number-one single "The Box", which earned him a diamond certification by the RIAA, as well as the top ten single "High Fashion", which features Mustard. Later in 2020, Ricch's feature on DaBaby's single, "Rockstar", became his second number-one single on the Hot 100. His second studio album, Live Life Fast, was released on December 17, 2021.

To celebrate the project's streaming release, Bino also shared a new video for the 'Sorry 4 Tha Wait II' track "If U Ever," directed by Storm DeBarge.

Roddy Ricch Names ‘Big 3’ Rappers of His Generation, NLE Choppa Says He Was Snubbed: ‘It’s Crazy to Not Mention Me’

Fresh off the release of his new EP 'The Big 3,' Roddy Ricch stopped by Power 106, where he revealed who he thinks are the biggest rappers of his era.

Here Are All the Performers & Presenters for the 2022 BET Awards

Several of this 2022's performers have won BET Awards in recent years, including Lizzo, Givēon, Roddy Ricch, Chance the Rapper, and Kirk Franklin.

Roddy Ricch Pays Homage to Juice WRLD, Nipsey Hussle, and More at Something in the Water Festival

On the day of his Something in the Water festival performance, Roddy Ricch also revealed he's got an EP coming imminently titled 'The Big 3.'

This will be the third year in a row that Roddy Ricch has performed on the show.

The rapper's 'Cooped Up' collaborator Roddy Ricch will perform at many of the shows The post Post Malone announces 2022 North American tour appeared first on NME.

Halsey covers Kate Bush’s surging hit ‘Running Up That Hill’, Jack Harlow gets everyone hyped, Kid Cudi premieres ‘Do What I Want’ and Roddy Ricch gets arrested, here’s everything that happened at New York’s Governors Ball.

After his release from custody, Roddy Ricch took the stage at Hot 97’s festival at MetLife Stadium in East Rutherford, N.J.

“I love touring and I love meeting my fans and singing these songs with them," the rapper previously told Billboard of hitting the road.

Roddy Ricch expressed his disdain for the NYPD while he performed at Hot 97 Summer Jam, leading a 'fuck NYPD' chant with his audience 24 hours after his arrest.

The newly announced tour will see Posty launch his latest live experience in Omaha, Nebraska this September and wrap in Los Angeles in November.

The rapper was due to perform at the New York festival yesterday (June 11) The post Roddy Ricch arrested trying to enter Governors Ball festival with loaded weapon appeared first on NME.

The rapper and two of his associates were reportedly charged with four counts of criminal possession of a weapon.

Roddy Ricch was arrested in New York on Saturday for multiple gun charges. The rapper was on his way to perform at the Governors Ball Music Festival.

The set features appearances from The Weeknd, Roddy Ricch, Doja Cat and more.

Roddy Ricch Calls for Gunna's Freedom: 'We Miss You Out Here'

Weeks after Gunna turned himself in on Racketeer Influenced and Corrupt Organizations Act charges, and days after a judge denied bond, Roddy is speaking out.

After he brought the track to 'Saturday Night Live' Post Malone shared the slick video for “Cooped Up" featuring a guest appearance from Roddy Ricch.

Please Excuse Me for Being Antisocial

How It Is (feat. Roddy Ricch, Chip & Yxng Bane)