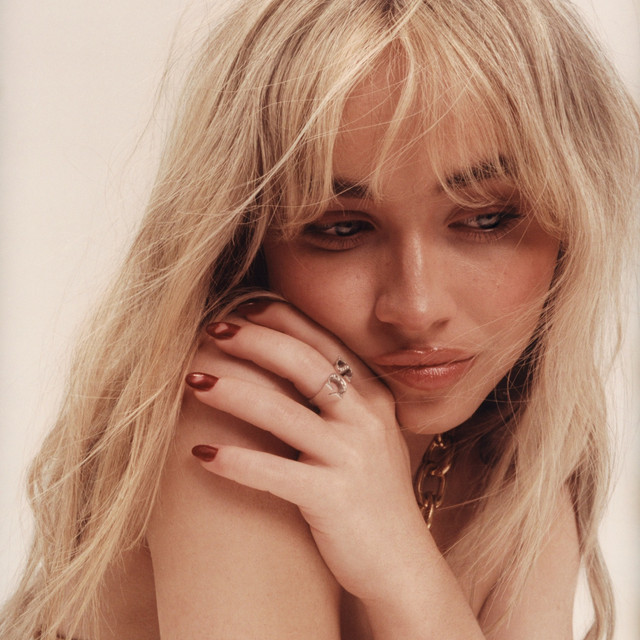 Sabrina Annlynn Carpenter (born May 11, 1999) is an American singer, songwriter and actress. Carpenter made her acting debut with an appearance in the crime series Law & Order: Special Victims Unit and received recognition for her recurring role as a young Chloe Goodwin in The Goodwin Games. She had her breakthrough starring as Maya Hart in the Disney Channel series Girl Meets World (2014–2017); she also appeared in the television film Adventures in Babysitting (2016) for the network.

In 2014, Carpenter was signed to Hollywood Records. Her debut single, Can't Blame a Girl for Trying and EP of the same name, were released in the same year. She released her debut album, Eyes Wide Open, in 2015 and released three more studio albums with the label: Evolution (2016), Singular: Act I (2018), and Singular: Act II (2019). After departing from Hollywood Records, Carpenter was signed by Island Records in 2021. She subsequently released her fifth studio album, Emails I Can't Send (2022), under the label.

As part of Samsung’s Summer of Galaxy celebration, Billboard and Samsung partnered to bring back an exclusive music experience. This year, Samsung Galaxy users were treated to pop sensation Sabrina Carpenter’s first live performance since 2019. The Samsung Summer of Galaxy Concert supported the release of Carpenter’s new 13-track album, emails i can’t send, and […]

Sabrina Carpenter is typing letters to people she’ll probably never deliver, but with “Vicious,” she hits […]

The comedy-drama with Sabrina Carpenter, R.J. Cyler, Donald Elise Watkins and Sebastian Chacon, debuted on Prime Video on Friday (May 27).

The singer-songwriter's new single brought in nearly 87% of the week's vote.

Sabrina Carpenter’s New Album Is Coming Soon, And Its Name Is Hidden In Recent Songs

The American singer and songwriter stopped by "The Tonight Show "for a chat about the Big Apple, “Skinny Dipping,” Emergency, and her forthcoming album, due out sometime this year.

Sabrina Carpenter Writes Her Next Chapter: ‘I Feel a New Sense of Freedom’

Inside the music evolution of Sabrina Carpenter, the former Disney Channel star who has a new label, A-list co-writers and a willingness to be a little too honest in her lyrics.

Who Should Kali Uchis Recruit For a ‘Telepatia’ Remix? Vote!

Bad Bunny or Sabrina Carpenter? Vote for the artist you think should jump on a "Telepatía" remix.

Joshua Bassett Wants His Music To ‘Live On Its Own’

Joshua Bassett hopes that his debut EP — which won’t include an eagerly anticipated Sabrina Carpenter collaboration after all — will refocus the conversation that currently surrounds his every move: “I’m still navigating it all. I don’t really know what I’m doing, and keep taking it a day at a time.”…

Sabrina Carpenter Performs ‘Skin’ and Says There’s No Drama Behind it on ‘Late Late Show’: Watch

Sabrina Carpenter performed her hit "Skin" on TV for the first time Tuesday night (Feb. 9) on The Late Late Show, where she promised host James Corden that the song is not what you think it is.

In a pair of new interviews, Sabrina Carpenter revealed that she's got a duet with Joshua Bassett on the way and talked about her favorite Valentine's Day indulgences.

How successful is "Skin" as an answer song? And will it help establish Sabrina Carpenter in the pop mainstream? Billboard staffers discuss these questions and more.

Sabrina Carpenter showed a few seconds of 'Skin' with a music video preview.

Sabrina Carpenter Signs With Island Records: ‘It’s the Perfect Place for Me’

Sabrina Carpenter has a new home for her music. Island Records announced on Tuesday (Jan. 26) that the "Skin" singer has signed to the label.

Sabrina Carpenter Opens Up About Inspiration For ‘Skin’: ‘The Song Isn’t Calling Out One Single Person’

After rampant speculation that her provocative new single, "Skin," is a diss track aimed at a certain someone, Sabrina Carpenter revealed over the weekend that it was inspired by several situations.

No matter how the story unfolds from here, Sabrina Carpenter has successfully staked her claim in controlling the role she'll play in it.

This week, Billie Eilish and Rosalía combine innovative spirits, Anuel AA and Ozuna team up for a blockbuster full-length, and Sabrina Carpenter shares her side of the story.

Let Me Move You (From the Netflix film Work It)

On My Way (Da Tweekaz Remix)

Sue Me (A Cappella)

Have Yourself a Merry Little Christmas

Christmas the Whole Year Round

Stand Out (From "How to Build a Better Boy")

Take On the World (Theme Song From "Girl Meets World")

Take On the World (From “Girl Meets World”/Summer Remix)