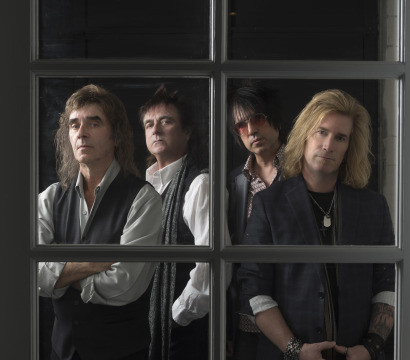 The Babys are a British rock group best known for their songs "Isn't It Time" and "Every Time I Think of You". Both songs were composed by Jack Conrad and Ray Kennedy, and each reached No. 13 on the U.S. Billboard Hot 100 and No. 8 on the Cashbox chart in the late 1970s. The original Babys line-up consisted of founding member keyboardist/guitarist Michael Corby, and, in order of joining the group, vocalist/bassist John Waite, drummer Tony Brock, and guitarist Wally Stocker.

The group signed a contract with Chrysalis Records that was the highest ever for a new music act at the time. Two studio albums, The Babys and Broken Heart, were well received. After recording their third album, Head First, in August 1978, co-founder Michael Corby was replaced by Jonathan Cain as keyboardist and Ricky Phillips took over as bassist. From late 1978 until the breakup in 1981, The Babys line-up consisted of vocalist Waite, drummer Brock, bassist Phillips, guitarist Stocker, and keyboardist Cain.

I See You There

Not Ready to Say Goodbye

I'll Have Some of That

Everytime I Think of You