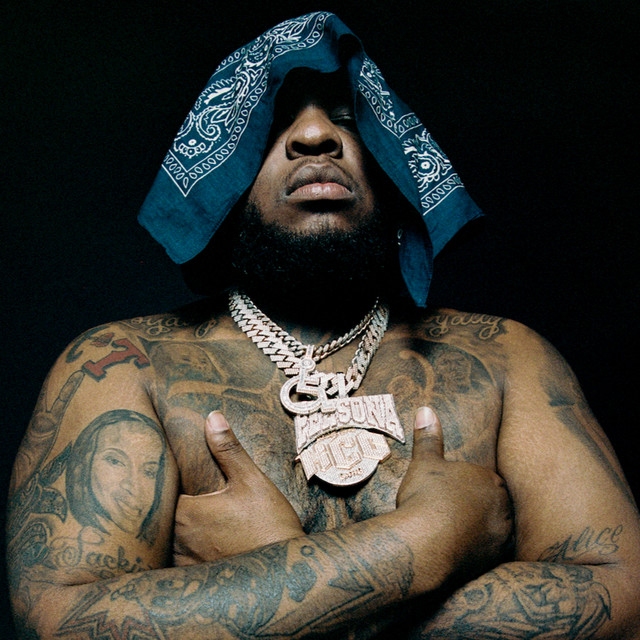 Emekwanem Ogugua Biosah Jr. (born March 29, 1990), known professionally as Maxo Kream, is an American rapper from Houston, Texas. His debut album Punken was released in 2018, and the follow-up and major label debut, Brandon Banks, was released in 2019.Maxo Kream is known for his honest lyricism, speaking to his past life living in poor neighborhoods within Houston, Texas. He is a member of the Forum Park "Murda Blocc" Crips.Maxo Kream's older brother, KCG Josh, is also a rapper.

Maxo Kream has just unleashed the deluxe version of his 2021 album 'Weight of the World' with new features from Babyface Ray, Benny the Butcher, and more.

On ‘Football Heads,’ Maxo Kream Flows Like a Boulder Chasing You in ‘Mario Kart’

The Houston rapper has joined forces with Benny the Butcher. The result is a hypnotic banger — and a Song You Need to Know

Ahead of the release of the deluxe edition of his album 'Weight of the World,' Maxo Kream taps Benny the Butcher for his new track "Football Heads."

Producer and DJ Powers Pleasant has connected with Maxo Kream, Bas, Kenny Mason, and Erick the Architect for “Overseas" that also arrives with a music video.

Listen to 10 new must-hear songs from emerging hip-hop and R&B artists like Maxo Kream, Dijon and Cozz, all released within the last week.

Rapper discusses his new LP, intergenerational trauma, and his patient rise to stardom

The latest single from his new LP Weight of the World

Maxo Kream's First Job, Being an Animal Nerd and More

Billboard connects with Kream to discuss the new album, touring with Chief Keef in 2014, and how “Oh Wow...Swerve” on 'Revenge Of The Dreamers 3' came together.

‘The First Time’: Maxo Kream Talks Choking at His First Show, Getting Slapped, and DJ Screw

Plus, the Houston rapper recounts his first time meeting collaborator Tyler, the Creator

Maxo Kream and Tyler, the Creator Ball Out on “Big Persona”

After chronicling his past in grueling detail, the Houston rapper’s latest single extols the virtues of self-made security.

Maxo Kream Links Up With Tyler, the Creator for New Song ‘Big Persona’

Track will appear on the Houston rapper's upcoming album, Weight of the World

WEIGHT OF THE WORLD (Deluxe)

WEIGHT OF THE WORLD

Made Me Everything Pt. 2 (feat. Maxo Kream)