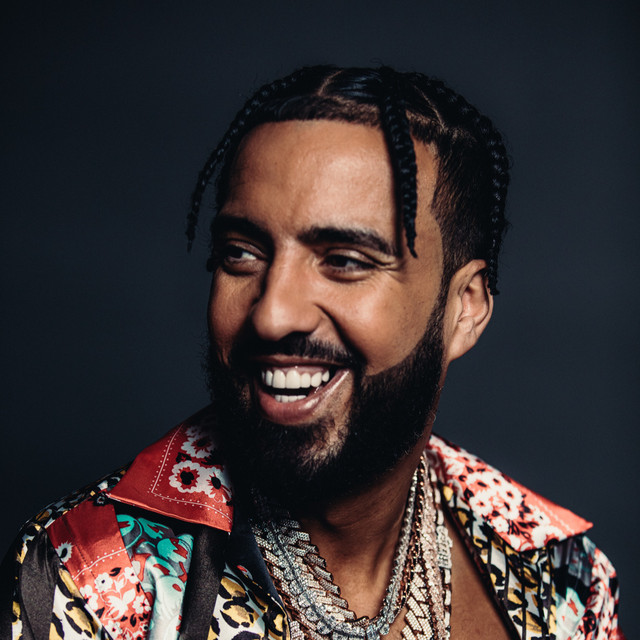 Karim Kharbouch (Arabic: كريم خربوش [kæɾiːm χɑɾbuːʃ]; born November 9, 1984), better known by his stage name French Montana, is a Moroccan-American rapper. Born and raised in Morocco, he emigrated to the United States with his family when he was 13. He is the founder of Coke Boys Records and its predecessor Cocaine City Records. After years of independent material, he signed a joint-venture record deal with Puff Daddy's Bad Boy Records and Rick Ross's Maybach Music Group in 2012.

Kharbouch released his debut mixtape in 2007 and had his first breakthrough with the single "Choppa Choppa Down" in 2010. He released his debut studio album Excuse My French on May 21, 2013. In July 2017, Montana released his second studio album, Jungle Rules, which peaked at number three on the Billboard 200. The album was supported by the single "Unforgettable" (featuring Swae Lee), which was Montana's only song as lead artist to reach the top 10 on the U.S. Billboard Hot 100.

Kharbouch has been the subject of highly publicized accusations of rape, drug facilitated sexual assault, sexual battery, sexual abuse, and sexual misconduct. The dates of the incidents in question span from 2017 to 2018 across at least 3 U.S. states.

French Montana has dropped the video for his new song “Alcatraz,” and one line on the track in particular sees him suggest he broke “the Kardashian Curse.”

The suit stems from 2018 and centers on a May 2017 incident during which French's dog is alleged to have bitten the pool cleaner, resulting in earnings losses.

French Montana spoke with Billboard’s Tetris Kelly on the red carpet of the 2022 Billboard Music Awards.

Drake jumped into the comments of French Montana's IG post to co-sign his collaboration with Kodak Black, "Mopstick," which just got a music video.

French Montana spoke with Billboard News all about his partnership with Canada Dry and the epic music video he made for the campaign.

French Montana has collaborated with Canada Dry to release a video for the track "Big Comfy," which centers around staying home and enjoying ginger ale.

Let’s be honest, sometimes chilling at home is more enticing than a night out on the town. Multi-platinum recording artist French Montana is taking that philosophy to a whole new level with his new track “BIG COMFY,” the result of a collaboration between the rapper and the beverage company Canada Dry. “BIG COMFY” sounds like […]

Nearly six months after the release of his latest album 'They Got Amnesia,' French Montana returns with a music video for standout track "Push Start."

Kanye West has more to say to Kim Kardashian, French Montana shares a selfie with a conman and Nelly says he’s sorry. Plus, Super Bowl halftime show updates and the latest on the lawsuit surrounding Snoop Dogg. This is Billboard News for Thursday, Feb. 10.

Yup, you read that right. French Montana has met Simon Leviev, best known as the “Tinder Swindler” from Netflix’s true-crime documentary of the same name.

French Montana has met Simon Leviev, best known as the Tinder Swindler from Netflix's true-crime documentary of the same name.

Another one. Continue reading…

French Montana: ‘Get Hip or Get Left With the Dinosaurs’

The rapper on his new album, why New York is the Mecca of hip-hop and almost seeing his friend Pop Smoke the night he died

French Montana Embodies Rap History And Makes Some of His Own

French Montana Embodies Rap History And Makes Some of His Own

From Adele's '30' album to Saweetie's "Icy Chain" single and more, what's your favorite new music release from this week? Vote!

Check out the biggest new music releases of the week.

Snoop Dogg, French Montana, Max B and More - New Projects This We

Rapper's They Got Amnesia due out next week

If I Go Down (from the film National Champions)

You Are My High (Ty moy kayf) [Latin Version]

Out Of Your Mind (feat. Chris Brown)

Writing on the Wall (feat. Post Malone & Cardi B)

WHO DO U LOVE?

No I Love Yous