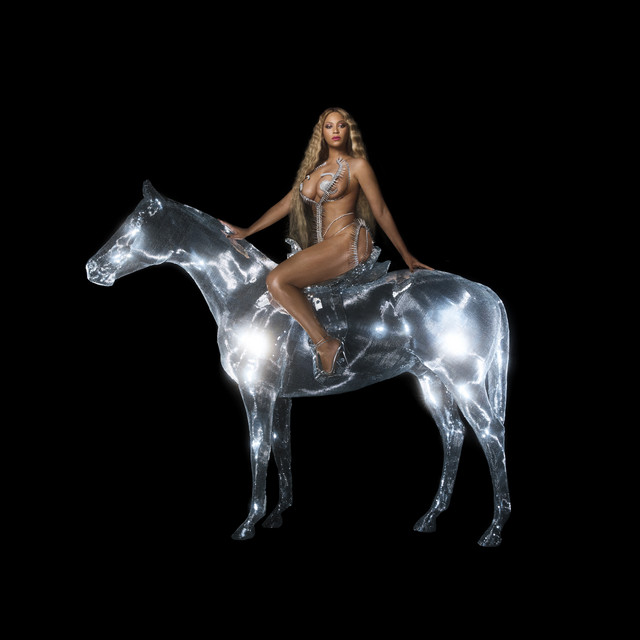 Beyoncé Giselle Knowles-Carter ( bee-YON-say; née Knowles; born September 4, 1981) is an American singer, songwriter, producer, and actress. Beyoncé performed in various singing and dancing competitions as a child. She rose to fame in the late 1990s as the lead singer of Destiny's Child, one of the best-selling girl groups of all time. Their hiatus saw the release of her debut album Dangerously in Love (2003), which featured the US Billboard Hot 100 number-one singles "Crazy in Love" and "Baby Boy".

Following the 2006 disbanding of Destiny's Child, she released her second solo album, B'Day, which contained singles "Irreplaceable" and "Beautiful Liar". Beyoncé also starred in multiple films such as The Pink Panther (2006), Dreamgirls (2006), Obsessed (2009), and The Lion King (2019). Her marriage to Jay-Z and her portrayal of Etta James in Cadillac Records (2008) influenced her third album, I Am... Sasha Fierce (2008), which earned a record-setting six Grammy Awards in 2010. It spawned the successful singles "If I Were a Boy", "Single Ladies", and "Halo".

After professionally splitting from her manager and father Mathew Knowles in 2010, Beyoncé released her musically diverse fourth album 4 in 2011. She later achieved universal acclaim for her sonically experimental visual albums, Beyoncé (2013) and Lemonade (2016), the latter of which was the world's best-selling album of 2016 and the most acclaimed album of her career, exploring themes of infidelity and womanism. In 2018, she released Everything Is Love, a collaborative album with her husband, Jay-Z, as the Carters. As a featured artist, Beyoncé topped the Billboard Hot 100 with the remixes of "Perfect" by Ed Sheeran in 2017 and "Savage" by Megan Thee Stallion in 2020. The same year, she released the musical film and visual album Black Is King to widespread acclaim.

Beyoncé is one of the world's best-selling recording artists, having sold over 120 million records worldwide as a solo artist by 2010. She is the first solo artist to have their first six studio albums debut at number one on the Billboard 200. Her success during the 2000s was recognized with the Recording Industry Association of America (RIAA)'s Top Certified Artist of the Decade as well as Billboard's Top Female Artist of the Decade. Beyoncé's accolades include 28 Grammy Awards, 26 MTV Video Music Awards (including the Michael Jackson Video Vanguard Award in 2014), 24 NAACP Image Awards, 31 BET Awards, and 17 Soul Train Music Awards; all of which are more than any other singer. In 2014, Billboard named her the highest-earning black musician of all time, while in 2020, she was included on Time's list of 100 women who defined the last century.

From Nicki Minaj to Whitney Houston, here are the iconic female artists who got a nod in Queen Bey's remix.

Beyoncé Spends a Second Week at No. 1 on Billboard Artist 100 Chart

She maintains her status as the top musical act in the U.S., thanks to the continued success of 'Renaissance.'

How Does One Song Have 24 Writers?… and Other ‘Renaissance’ Controversies

In an interview on Rolling Stone's 'Music Now' podcast, Hit-Boy revealed he produced "Thique," a standout track from Beyoncé’s 'Renaissance' album, in 2014.

The clip features a montage of Bey in 21 aesthetically disparate settings, which fans have interpreted to be a hint at the various styles that will feature in the full visual component to ‘Renaissance’ The post Beyoncé hints at ‘Renaissance’ visuals in new “teaser” video for ‘I’m That Girl’ appeared first on NME.

Here Are the Lyrics to Beyoncé’s ‘Church Girl’

Follow along with the lyrics to Beyoncé's 'Renaissance' hit.

This week in music news: Beyoncé’s ‘Renaissance’ tops the Billboard 200, The Game gave Billboard News an exclusive first listen to his new track, Kanye West trolls Pete, Taylor Swift confirms she wrote all the lyrics in her ‘Shake It Off’ lawsuit and more!

Producer Hit-Boy breaks down the surprising story behind a Renaissance stand-out track, and other studio tales with Beyoncé, Rihanna, Kendrick Lamar, Jay-Z and Kanye West, and more

Is it a teaser for the entire visual album? A new music video? We're not sure. But thanks anyway, Bey

Some fans think the teaser also includes shots from other 'Renaissance' music videos.

Fresh off earning her seventh solo No. 1 album on the Billboard 200, Beyoncé has shared a teaser of the forthcoming video for Renaissance cut "I'm That Girl."

"Working with Beyoncé was one of the first things I thought about," Ronald Isley told Billboard of starting work on his new album.

Beyoncé Duets With Ronald Isley in Reimagining of “Make Me Say It Again Girl, Pts. 1 & 2”

The Isley Brothers icon has teamed up with Beyoncé for the duet “Make Me Say It Again, Girl,” a remake of the track of the same name from 1975.

With a career that spans 25 years and counting, her trajectory is one for the books.

She joins Aretha Franklin, Janet Jackson and Mariah Carey in the 10-timers club The post Beyoncé becomes fourth woman with 10 Number Ones on R&B/hip-hop charts appeared first on NME.

What’s Your Favorite Feature on a Beyoncé Song? Vote!

Let us know your top feature on a Beyoncé song by voting in our poll.

Beyoncé and Madonna unveiled a celebration of music’s queens with their newest “Break My Soul” remix, and on Tuesday (Aug. 9), Bey expressed her gratitude for her iconic collaborator.

The Isley Brothers Talk Teaming with Beyoncé, Taking Their Career to the Next Phase

"Tina Knowles-Lawson [Beyoncé's mother] was very influential in getting this record started and getting it to the point where we are now."

Beyoncé has a song with Ronald Isley coming out this week

A new version of the Isley Brothers' 1975 song 'Make Me Say It Again Girl' will be released this Friday – listen to a snippet now The post Beyoncé has a song with Ronald Isley coming out this week appeared first on NME.

"You have opened so many doors for so many women" The post Beyoncé calls Madonna a “masterpiece genius” in thank you note for ‘Break My Soul’ remix appeared first on NME.

Follow along with the lyrics to the ultimate pop queen collaboration.

Beyoncé Thanks ‘Queen’ Madonna for ‘Break My Soul’ Remix: ‘You Are Masterpiece Genius’

"Thank you for allowing me to sing in your song and thank you for naming the remix," Bey wrote in a note alongside a floral arrangement she sent to Madonna.

The rapper gave a shout out to Jay-Z, who was in attendance along with Beyoncé The post Watch Kendrick Lamar play a surprise intimate set in New York appeared first on NME.

“Traffic is getting ‘Heated’ and it’s starting to ‘Break My Soul’ just a little bit,” the Bey-loving host said in her presentation The post Watch a news presenter name-drop 15 Beyoncé songs in a traffic report appeared first on NME.

Kanye West trolls Pete Davidson after the comedian and Kim Kardashian broke up on Friday, Beyonce’s ‘Renaissance’ becomes one of the biggest albums this year, Drake, Nicki Minaj and Lil Wayne reunite and Weezy confirms he’s working on ‘Carter VI’ and more!

From ‘Believe’ to ‘Break My Soul’: Why the Dancefloor Offers Veteran Pop Divas a New Path to the Top of the Charts

BREAK MY SOUL (THE QUEENS REMIX)

Be Alive (Original Song from the Motion Picture "King Richard")

The Lion King: The Gift

SPIRIT (From Disney's "The Lion King")

I AM...SASHA FIERCE THE BONUS TRACKS

Above And Beyoncé Dance Mixes

Single Ladies (Put A Ring On It) Dance Remixes

If I Were A Boy - Dance Mixes - Volume II

If I Were A Boy - Dance Mixes - Volume I

Check On It (feat. Voltio)

Me, Myself And I