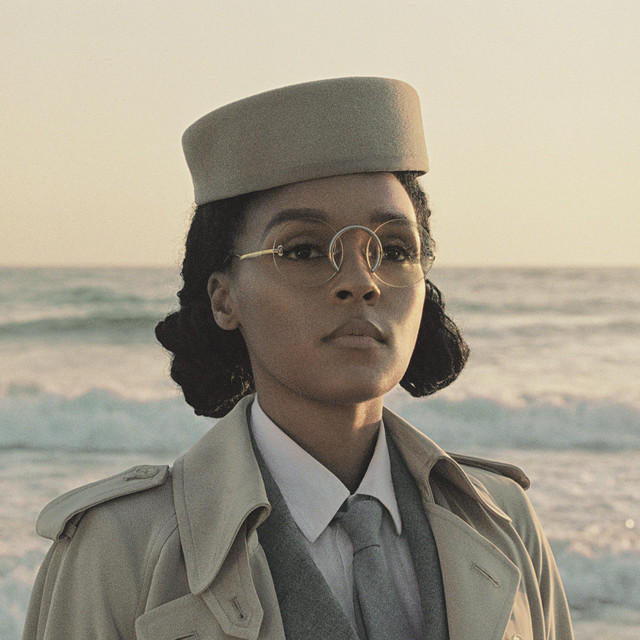 Janelle Monáe Robinson (; born December 1, 1985) is an American singer, songwriter, rapper, science-fiction author and actress. She is signed to Atlantic Records, as well as to her own imprint, the Wondaland Arts Society. Monáe has received eight Grammy Award nominations. Monáe won an MTV Video Music Award and the ASCAP Vanguard Award in 2010. Monáe was also honored with the Billboard Women in Music Rising Star Award in 2015 and the Trailblazer of the Year Award in 2018. In 2012, Monáe became a CoverGirl spokesperson. Boston City Council named October 16, 2013 "Janelle Monáe Day" in the city of Boston, Massachusetts, in recognition of her artistry and activism.

Monáe's musical career began in 2003 upon releasing a demo album titled The Audition. In 2007, Monáe publicly debuted with a conceptual EP titled Metropolis: Suite I (The Chase). It peaked at number two on the US Top Heatseekers chart, and in 2010, through Bad Boy Records, Monáe released a first full-length studio album, The ArchAndroid, a concept album and sequel to her first EP. In 2011, Monáe was featured as a guest vocalist on fun.'s single "We Are Young", which achieved major commercial success, topping the charts of more than ten countries and garnering Monáe a wider audience. Monáe's second studio album, The Electric Lady, was released in 2013 and debuted at number five on the Billboard 200, serving as the fourth and fifth installments of the seven-part Metropolis concept series.In 2016, Monáe made her theatrical film debut in two high-profile productions; Monáe starred in Hidden Figures as NASA mathematician and aerospace engineer Mary Jackson, and also starred in Moonlight. Hidden Figures was a box office success, while Moonlight won the Academy Award for Best Picture at the 89th annual ceremony.

Monáe's third studio album, Dirty Computer, also described as a concept album, was released in 2018 to widespread critical acclaim; it was chosen as the best album of the year by several publications, its short film earned a Hugo Award nomination for Best Dramatic Presentation – Short Form, and it earned Monáe two nominations at the 61st Annual Grammy Awards, including Album of the Year. The album debuted at number six on the Billboard 200 and was further promoted by Monáe's Dirty Computer Tour, which lasted from June to August 2018. In April 2022, Harper Voyager published Monáe's first cyberpunk story collection, The Memory Librarian: And Other Stories From Dirty Computer, based on the album.

“Fuck you, Supreme Court,” they said in presenting the award for Best Female R&B/Pop Artist The post Janelle Monáe flips off US Supreme Court during 2022 BET Awards telecast appeared first on NME.

The star also recalls how she helped Janelle Monáe with a lipstick mishap during WeHo Pride.

From Kehlani to Frank Ocean and beyond, here are 15 bisexual anthems to add to your Pride Month playlist.

West Hollywood celebrated the start of pride month with the Out Loud Raising Our Voices music festival which featured artists like Cardi B, Lil’ Kim, Jessie J, Jojo Siwa, Janelle Monáe, Marina and The Diamonds, and more!

It will focus on Baker’s role as a spy for the French Resistance The post Janelle Monáe to play Josephine Baker in WW2 series ‘De La Resistance’ appeared first on NME.

Janelle Monáe has been cast as entertainer and World War II spy Josephine Baker for the TV series 'De La Resistance.' A24 and Monáe’s Wondaland will produce.

The forthcoming De La Resistance will focus on Baker’s work as a spy for the allies during the French resistance, as well as her role as a performer and jazz icon

Here’s what Anderson .Paak, Janelle Monáe, Jack Harlow, and others wore to the event themed around gilded glamour

Janelle Monáe Comes Out as Non-Binary During 'Red Table Talk' Interview: 'I Am Everything'

The Grammy-nominated singer-songwriter opened up about her gender identity during a recent episode of the 'Red Table Talk' with Jada Pinkett Smith.

Janelle Monáe Shares Non-Binary Identification: ‘So Much Bigger Than He or She’

"That opens you up to fall in love with any beautiful spirit," she said about her gender identity

Janelle Monáe Comes Out as Non-Binary: ‘I Am Everything’

"I just don’t see myself as a woman, solely. I feel all of my energy," the singer said in the new episode of 'Red Table Talk'

Khruangbin and Rüfüs Du Sol join the lineup for the Tennessee fest, which takes place in September

Pride Month has officially come to an end, but the new music from your favorite queer artists is still coming out. Billboard Pride is here to help with First Out, our weekly roundup of some of the best new music releases from LGBTQ artists.

From the new Netflix series We the People

Olivia created a special playlist for Billboard featuring some of her favorite divas, including Doja Cat, Janelle Monáe, Jessie J, Ciara and more.

Say Her Name (Hell You Talmbout)

Stronger (from the Netflix Series "We The People")

Turntables (from the Amazon Original Movie "All In: The Fight for Democracy")

That's Enough (from "Lady and the Tramp")

I Like That (Easy Star All-Stars & Michael Goldwasser Reggae Remix)

What Is Love Remixes

Metropolis Suite I "the Chase"

Metropolis Suite I "The Chase"

Tank and The Bangas