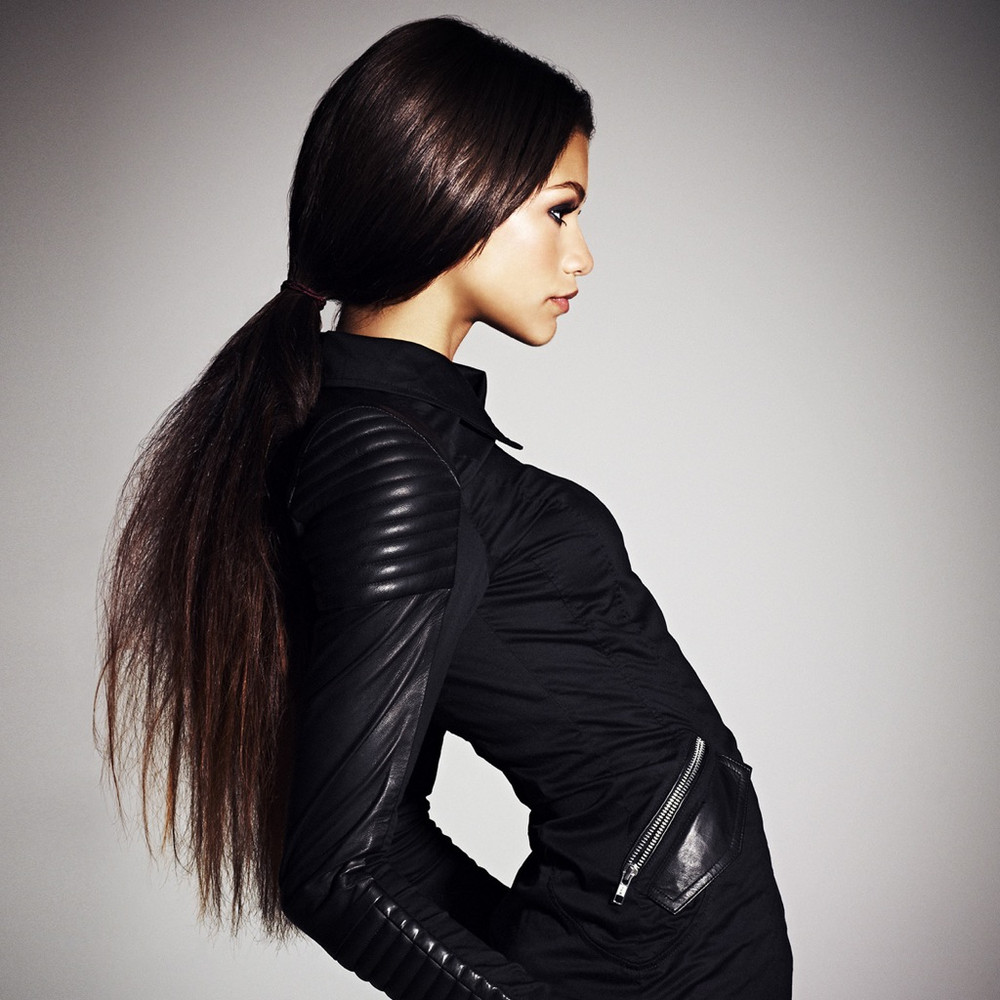 Zendaya Maree Stoermer Coleman ( zən-DAY-ə; born September 1, 1996) is an American actress and singer. She has received various accolades, including a Primetime Emmy Award. Time magazine named her one of the 100 most influential people in the world on its annual list in 2022.

Born and raised in Oakland, California, Zendaya began her career as a child model and backup dancer. She made her television debut as Rocky Blue on the Disney Channel sitcom Shake It Up (2010–2013) and starred as the titular character in the sitcom K.C. Undercover (2015–2018), for the channel. Her feature film debut came in 2017 with the superhero film Spider-Man: Homecoming, which she went on to star in its sequels. Zendaya's role as Rue Bennett, a struggling drug addicted teenager, in the HBO teen drama series Euphoria (2019–present) made her the youngest recipient of the Primetime Emmy Award for Outstanding Lead Actress in a Drama Series. Her film roles include the musical drama The Greatest Showman (2017), the romantic drama Malcolm & Marie (2021), and the science fiction epic Dune (2021).

In addition to her acting career, Zendaya has ventured into music. In 2011, she released the singles "Swag It Out" and "Watch Me", the latter a collaboration with Bella Thorne. She signed with Hollywood Records in 2012 and subsequently released her debut single, "Replay", which reached the top 40 on the U.S. Billboard Hot 100 chart. She released her eponymous debut studio album in 2013 to moderate success and critical acclaim. Her biggest commercial success as a musician came with her Zac Efron collaboration, "Rewrite the Stars", from The Greatest Showman soundtrack in 2018. The single reached within the top 20 of several record charts and has received multi-platinum sales certifications globally.

Zendaya is praising her fans for always respecting her boundaries when it comes to sharing the details of her personal life in a new interview with Vogue Italia.

Zendaya Appears to Laugh Off Fake Pregnancy Rumors: ‘This Is Why I Stay Off Twitter’

Zendaya seemingly offered a brief response to the pregnancy rumors on Wednesday after a number of fans had started sharing unfounded claims on social media.

The 25-year-old Emmy winner, who has one studio album under her belt, said she prefers acting because "there’s a level of anonymity" that comes with the job.

Zendaya Says She’s Unsure If She ‘Could Ever Be a Pop Star’: ‘It’s All You All the Time’

The actress said she worries that her personal boundaries would be challenged if she delved more into music.

Labrinth Talks ‘Euphoria’ Season 2 Score, Working With Zendaya and Why It’s a ‘Challenging’ Time For Musicians

"I always have an idea -- maybe I'm blessed and cursed," says the musician and 'Euphoria' show composer.

How to Watch ‘Spider-Man: No Way Home’ Online

Fike appeared in the new season of the HBO show as Rue and Jules’ “homie” The post Dominic Fike shares new track ‘Elliot’s Song’ with Zendaya from ‘Euphoria’ finale appeared first on NME.

From Camila Cabello's "Bam Bam" to "Elliot's Song" from 'Euphoria,' which track have you been loving? Vote!

Dominic Fike’s ‘Euphoria’ Song Is Here — And Yes, It’s Shorter Than It Was on the Show

The studio version of "Elliot's Song" also features vocals from Zendaya, who co-wrote the track with Labrinth

Zendaya confessed she was worried Chalamet "would smell my dry socket breath."

Zendaya Wants Kid Cudi on a Remix of This ‘Euphoria’ Song: ‘What a Dream That Would Be’

"Please dear GOD put me on a remix of this," Kid Cudi said to Zendaya and Labrinth.

Since Season 1, Labrinth’s work as composer for the score for Euphoria has been instrumental in […]

Since Season 1, Labrinth’s work as composer for the score for Euphoria has been instrumental in […]

"The cast are not just acting now, they're part of the music," composer Labrinth said. "I think that makes it even more special."

The Grammy winner, just cast in her feature film debut for A24, talks about wanting to write, direct and act while also praising Zendaya and the cast of the HBO series for keeping her on the edge of her seat.

Greco-Roman looks are having a Super Bowl moment.

The wax figure is now on view at the museum's London location.

The Edgar Wright-directed advert will air in full during Super Bowl LVI this Sunday The post Super Bowl: Zendaya sells seashells by the sea shore in André 3000-narrated ad appeared first on NME.

Andre 3000 Is in a Super Bowl Commercial With Zendaya - Watch

The nursery rhyme-inspired clip also stars André 3000, and is directed by Edgar Wright.

Zendaya to Get Madame Tussauds Wax Figure in London

Madame Tussauds revealed on Monday (Feb. 7) that the actress will get a wax figure at the Baker Street location.

All For Us (from the HBO Original Series Euphoria)

Something to Dance For (From "Shake It Up: Live 2 Dance")

Fashion Is My Kryptonite (from "Shake It Up: Made In Japan")

Swag It Out - Single