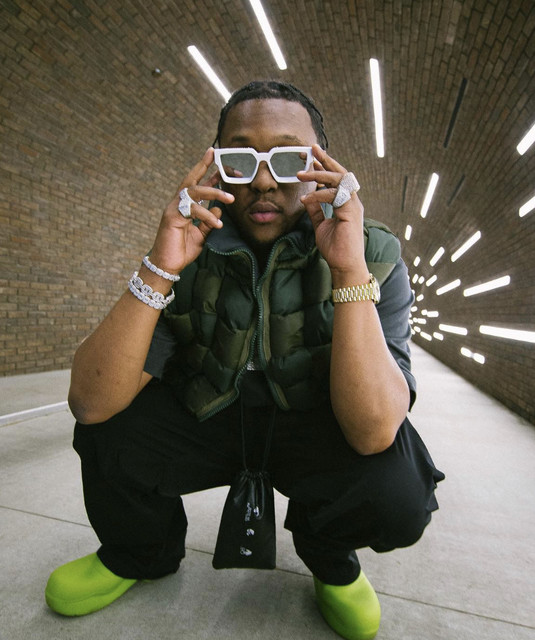 Chauncey Alexander Hollis Jr. (born May 21, 1987), better known by his stage name Hit-Boy, is an American record producer, rapper, singer, and songwriter. In May 2011, he had signed a two-year deal with Kanye West's GOOD Music production branch. With this stimulus, he produced singles such as "Niggas in Paris" by Jay-Z and Kanye West, "Trophies" by Drake, "Clique" by GOOD Music, and "Racks in the Middle" by Nipsey Hussle featuring Roddy Ricch. "Racks in the Middle" won Best Rap Performance at the 2020 Grammy Awards.In December 2012, Hit-Boy signed a recording contract with Interscope Records and subsequently founded his own record label imprint, Hits Since '87. He has since expanded his production catalog with singles such as "Drop the World" by Lil Wayne, "Sorry" by Beyoncé, and "Sicko Mode" by Travis Scott, all of which have been certified platinum or higher by the Recording Industry Association of America (RIAA).

The Game released his new album, 'Drillmatic — Heart vs. Mind' on Aug. 12.

In an interview on Rolling Stone's 'Music Now' podcast, Hit-Boy revealed he produced "Thique," a standout track from Beyoncé’s 'Renaissance' album, in 2014.

Producer Hit-Boy breaks down the surprising story behind a Renaissance stand-out track, and other studio tales with Beyoncé, Rihanna, Kendrick Lamar, Jay-Z and Kanye West, and more

Ahead of the release of his forthcoming 10th studio album Drillmatic: Heart vs. Mind, The Game paid a visit to Power 106 on Tuesday to spit some bars.

Pusha-T, Hit-Boy, Styles P, and Benny the Butcher are among the names to back HeadCount’s new initiative to help reform the country’s marijuana laws.

The rapper's 10th album, ‘Drillmatic – Mind Vs. Heart’, is set to arrive next month The post The Game chooses ‘Violence’ on Hit-Boy-produced new single appeared first on NME.

Ahead of the release of his 10th studio album 'Drillmatic,' which is scheduled to drop July 1, The Game taps Hit-Boy for his new song "Violence."

The Chicago rapper’s collaborative album with Hit-Boy is confident and playful, balancing her lyrical prowess with more vulnerable, R&B-influenced material.

Fresh off the release of Kendrick Lamar's new single and video "The Heart Part 5," reactions to the new track have been overwhelmingly positive.

Nas has released the video for "Wave Gods" featuring ASAP Rocky and DJ Premier, a track off his 'Magic' project that was fully produced by Hit-Boy.

Hit-Boy Wins Producer of the Year for XXL Awards 2022

The producer worked on 'Eazy' last week, his first West collaboration in years The post Hit-Boy reveals he and Kanye West are back to working together appeared first on NME.

The highly sought after producer says he's also sitting on full album's worth of material by Roddy Ricch and Don Toliver The post Hit-Boy says he’s done half an album’s worth of music with Snoop Dogg appeared first on NME.

The legendary rapper has also confirmed that a third album in his 'King's Disease' series is on the way The post Nas releases new album ‘Magic’ produced by Hit-Boy appeared first on NME.

Nas Gifting Fans With Surprise Album ‘Magic’ Ahead of Christmas

It will be the rapper's third project with producer Hit-Boy The post Nas announces new album ‘Magic’ arriving tonight appeared first on NME.

Watch Big Sean, Hit-Boy Perform ‘What a Life’ on ‘Fallon’

The song appears on their new EP What You Expect

The pair's second video in three days features a guest appearance from Nas The post Watch Big Sean and Hit-Boy toast to the good life in ‘Chaos’ video appeared first on NME.

It's the latest track to be taken from the pair's new surprise EP 'What You Expect' The post Big Sean and Hit-Boy get to work in video for new track ‘The One’ appeared first on NME.

Five new songs alongside the recent single “What a Life,” with guest spots from Bryson Tiller, 42 Dugg, and more

Told Us Not To Do It (feat. Peezy)

Back In Traffic (feat. KIRBY)

That's A Awful Lot Of Hits

It Ain't My Fault

This Wasn’t Supposed To Happen

Family Not A Group

That’s What I Get