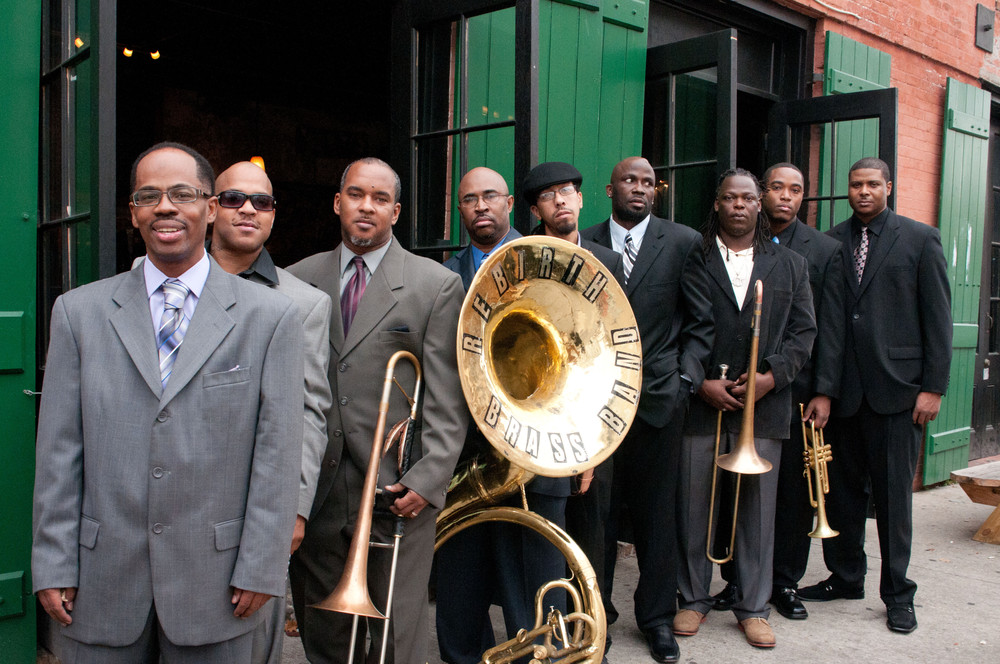 The Rebirth Brass Band is a New Orleans brass band. The group was founded in 1983 by Phillip "Tuba Phil" Frazier, his brother Keith Frazier, Kermit Ruffins, and classmates from Joseph S. Clark Senior High School, which closed in the spring of 2018, in the Tremé neighborhood of New Orleans.: 112  Arhoolie released its first album in 1984.In 2012, Rebirth won the Grammy Award for Best Regional Roots Music Album, the inaugural year of the Grammy category. The band also performed in the pre-telecast ceremony for the 54th Annual Grammy Awards.

I Love Me Some Zulu

Why You Worried 'bout Me?

The Main Event: Live at the Maple Leaf

We Come To Party

Here to Stay: Live at the Grease Lounge, 1984: Their First Recording

Take It To The Street