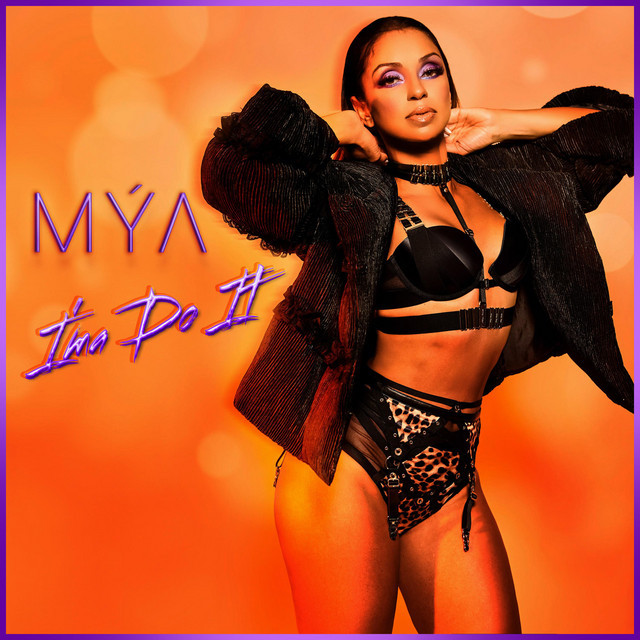 Mya Marie Harrison (; born October 10, 1979), known by her stage name Mýa, is an American singer, songwriter, dancer, and actress. Born into a musical family, she studied ballet, jazz, and tap dance as a child. Initially, Mýa began her career as a VJ and dance posse member on BET's Teen Summit. During her stint at BET, she developed an interest in music which lead to independent deal from the guidance of CEO Haqq Islam. Signed in 1996 to Interscope Records, she released her eponymous debut album in April 1998. A critical and commercial success, the album produced her first top ten single "It's All About Me". Subsequent singles, "Ghetto Supastar (That Is What You Are)" and "Take Me There", continued to raise her profile and attained chart success worldwide, with the former garnering her first Grammy nomination. Fear of Flying, her second album, was released in April 2000 and became a worldwide success, boosted by the success of its singles "Case of the Ex" and "Free". Harrison continued her rise to prominence in 2002 when she won her first Grammy Award in the category for Best Pop Collaboration with Vocals for her rendition of Labelle's 1975 hit "Lady Marmalade" along with Pink, Christina Aguilera and Lil' Kim, which topped the charts globally.Taking a more active role in the production of her music, Harrison released her third studio album, the eccentric Moodring, in July 2003. The album produced the single "My Love Is Like...Wo" and was certified gold by the RIAA. Following a label change and a delay in her fourth studio album, Harrison went independent and recorded two exclusive albums for the Japanese music market, Sugar & Spice (2008) and K.I.S.S. (Keep It Sexy & Simple) (2011). In between recording those two albums, she launched her own independent record label Planet 9 and competed in Dancing with the Stars – season nine; finishing in second place.As an independent artist, Harrison continues to regularly release music. Beginning in 2014, she released a trio of R&B-rooted EPs, With Love (2014), Sweet XVI (2014), and Love Elevation Suite (2015). In 2016, Harrison released her seventh album, the Grammy-nominated Smoove Jones. The follow-up, TKO (The Knock Out), arrived in April 2018 to commemorate the twentieth anniversary of her debut album.

In addition to a music career, Harrison crossed over into acting and made her feature-film debut in 1999's thriller In Too Deep starring LL Cool J and Omar Epps. She continued to appear in supporting roles in films such as Chicago (2002), Dirty Dancing: Havana Nights (2004), Shall We Dance? (2004), and Cursed (2005).

Harrison's contribution to music has earned her many accolades in the fields of pop and R&B music categories. In 2009, Billboard listed Mýa as one of their Hot 100 Artists of the 2000s; placing her in the 97th position. As of October 2020, she has sold over 3.2 million albums in the U.S. and 7 million albums worldwide.

Welcome To My World

Mess Up My Hair - Single

My First Night With You