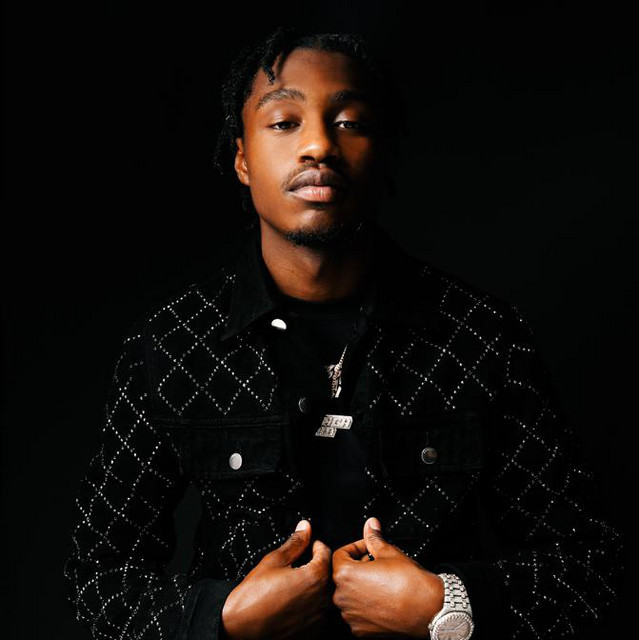 Tione Jayden Merritt (born April 30, 2001), known professionally as Lil Tjay, is an American rapper, singer, and songwriter. He rose to prominence in 2018 with his song "Resume", and signed to Columbia Records later that year.

Lil Tjay's debut studio album, True 2 Myself, was released in 2019. The following year, he released the mixtape State of Emergency that features only drill artists from New York City. True 2 Myself debuted at number 5 on the Billboard 200, marking the album his first charted release. His second studio album, Destined 2 Win, was released in 2021 and included the single "Calling My Phone", a collaboration with fellow recording artis 6lack, his highest-charting song yet.

Idris Elba has spent most of the 2022 summer season playing to the club room at White Island hotspot, Hï Ibiza. “Body Shots,” Elba’s first single since March’s hip-hop hit, “Vroom” with Lil Tjay, is out now via the actor-turned-producer’s 7WALLACE record label and can be expected to enjoy live play out at Hï on... Read More ▸ The post Stream Idris Elba’s latest club anthem, ‘Body Shots’ appeared first on Dancing Astronaut.

Earlier this month, Lil Tjay was reported to have been shot multiple times by a suspect who’s since been arrested. Tjay is now recovering in a hospital.

Jim Jones Sends Love to Lil Tjay Following Shooting, Doubles Down on Opinion That Rappers Have 'Most Dangerous Job'

Lil Tjay was shot this month, and Jim Jones has offered up some love for the artist and reiterated his stance on rappers having "the most dangerous job."

The rapper and a friend were shot at a shopping plaza in Edgewater, New Jersey earlier this week The post Suspect in Lil Tjay shooting arrested for attempted murder appeared first on NME.

The rapper is reportedly hospitalized with multiple gunshot wounds.

Initial reports alleged Lil Tjay had been shot in the Edgewater area, resulting in “emergency surgery” on Wednesday. Additional details are unknown.

Here Are the Lyrics to Lil Tjay’s ‘In My Head’

Megan Fox, Naomi Wild, Lil Tjay and more have been cast in the upcoming musical saga.

“Who wanna fight? Who gangsta enough to do that?” the rapper announced to the crowd The post Lil Tjay seen threatening fan at Manchester show after water bottle thrown at stage appeared first on NME.

Lil Tjay Appears to Be Involved in Fight Following Concert

Lil TJay appears to fight in the streets. Continue reading…

Not In The Mood (feat. Fivio Foreign & Kay Flock)

Only The Team (with Lil Mosey & Lil Tjay)

J.I the Prince of N.Y