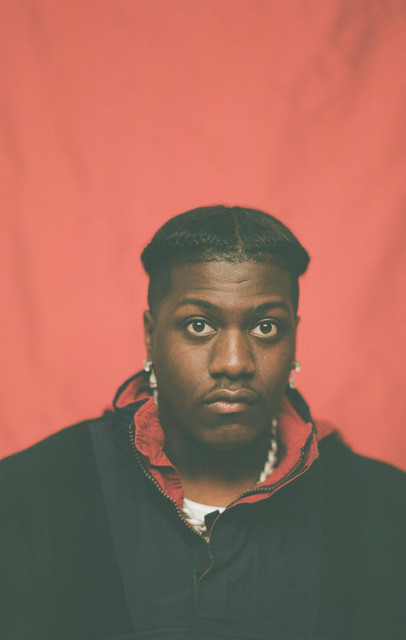 Miles Parks McCollum (born August 23, 1997), known professionally as Lil Yachty, is an American rapper, singer, and songwriter from Atlanta, Georgia. McCollum first gained recognition on the internet in 2015 for his singles "One Night" and "Minnesota" (featuring Quavo, Skippa Da Flippa and Young Thug) from his debut EP Summer Songs. He released his debut mixtape Lil Boat in March 2016. On June 10, 2016, Yachty announced that he had signed a joint venture record deal with Motown, Capitol Records, and Quality Control Music.Yachty has released four studio albums, beginning with Teenage Emotions in 2017. His second and third studio albums, Lil Boat 2 and Nuthin' 2 Prove, were released in 2018, and his most recent album, Lil Boat 3, was released on May 29, 2020. All four of his albums have charted within the top 20 of the Billboard 200, with Lil Boat 2 peaking at number 2. Yachty has also released several mixtapes and EPs throughout his career. Lil Yachty is also known for his features on the 2016 multi-platinum songs "Broccoli" by DRAM and "ISpy" by Kyle, his eccentric hairstyle, and his optimistic image. Yachty was nominated for a Grammy Award for his work on "Broccoli".

Babyface Ray has returned with the deluxe edition of his album 'Face', which initially dropped in January and featured Pusha-T, G Herbo, and more.

Drake, Quavo and Lil Yachty are among those to have paid tribute to the Atlanta rapper The post Lil Keed, Young Thug protégé and YSL rapper, dies aged 24 appeared first on NME.

The Young Thug protégé collaborated with Lil Gotit, Lil Yachty, Gunna, and many others

YouTuber Jake Paul has also been named among the defendants The post Soulja Boi and Lil Yachty among those sued over alleged cryptocurrency scheme appeared first on NME.

The company advertised "exclusive drops" from the rapper, but he says he never signed off on anything.

Rapper's trademark infringement lawsuit claims Opulous used his name and likeness to raise more than $6.5 million in venture capital funds without an agreement

Lizzo Responds to Lil Yachty, Eats Mustard on an Apple

The jesting between Lizzo and Lil Yachty continues. Continue reading…

Lizzo sent TikTok into a frenzy when she tried out the viral Oreos and mustard combination that was circulating around the platform at the end of 2021.

The unscripted TV series is based on the radio show of the same name. The post Lil Yachty, Rosalía, Ezra Koenig to star in HBO’s ‘Chillin Island’ appeared first on NME.

Artists are dismayed by the verdict.

Offset, Chance the Rapper, Lil Yachty, Bia & more are remembering their fellow rapper after he was killed in a shooting in his Memphis hometown.

"The Slow Rush" Deluxe Box Set is due out Feb. 18, 2022 on physical and digital formats, both containing freshly-unearthed cuts, the original and remix of pre-album release “Patience,” extended versions, and the Lil Yachty remix of “Breathe Deeper,” which drops today.

"It was a pleasant surprise and honour to be a part of such an incredible song," Yachty has said of his part on the remix The post Tame Impala announce ‘The Slow Rush’ deluxe box set and share Lil Yachty remix of ‘Breathe Deeper’ appeared first on NME.

"Breathe Deeper" Lil Yachty remix is among the remixes, B-sides, and extended versions featured in set

Listen to Remble’s “Rocc Climbing” [ft. Lil Yachty]: The Ones

Speed Me Up (with Ty Dolla $ign, Lil Yachty & Sueco the Child)

Who Want The Smoke?

With My Team (Remix)

Fuck Up a Sack