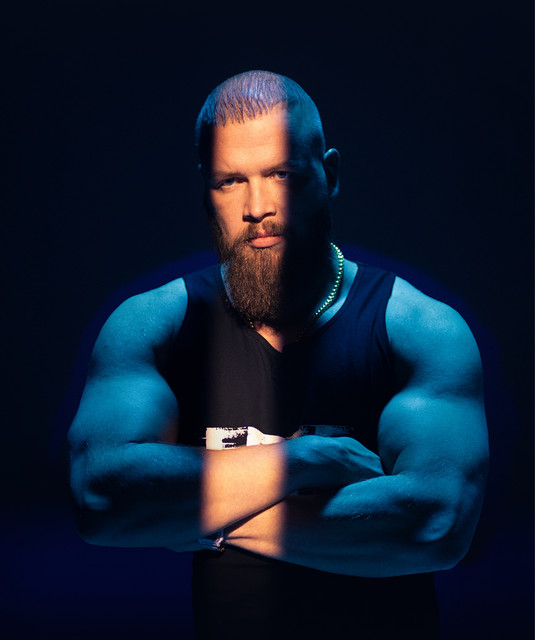 Felix Martin Andreas Matthias Blume (born 3 August 1984), known professionally as Kollegah, is a German rapper. He releases his music via his own label, Alpha Music Empire.

Born in Friedberg and raised by a single mother in Simmern, he started rapping in the Reimliga Battle Arena in December 2004. Intending to pursue a solo career as a rapper, Kollegah released his first mixtape Zuhältertape in July 2005 and was signed to Selfmade Records in December of the same year. He went on to pursue a variety of styles on subsequent albums Alphagene (2007), Kollegah (2008) and Bossaura (2011). His fourth studio album, King, was released in 2014 and became his best-selling album to date. His fifth album, Zuhältertape Vol. 4, was released in 2015, Imperator in 2016 and Monument in 2018.