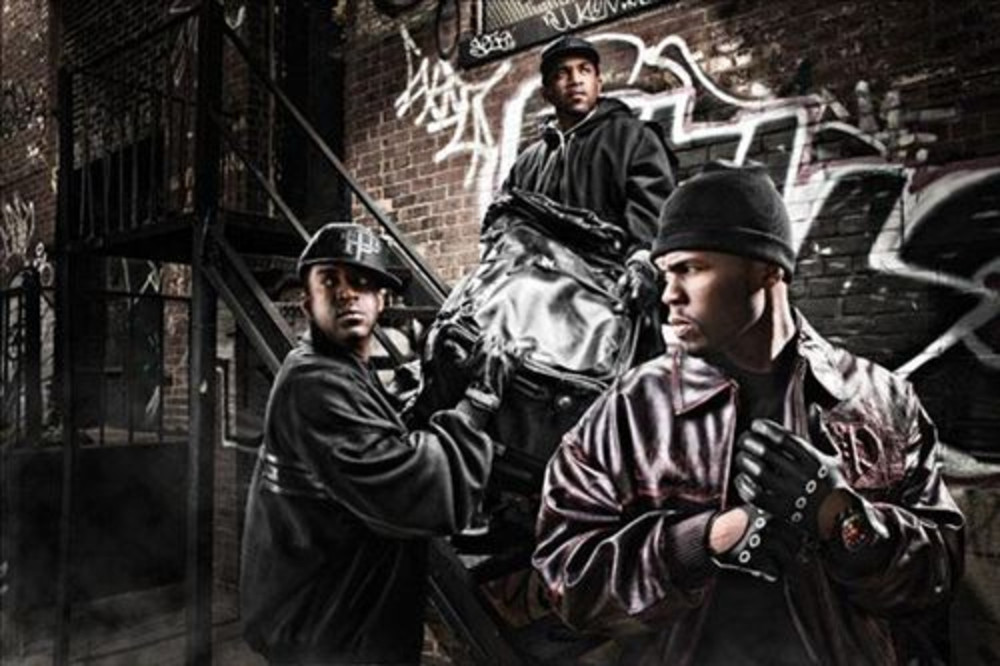 G-Unit (short for Guerilla Unit) was an American hip hop group formed by longtime friends and East Coast rappers 50 Cent, Tony Yayo, Lloyd Banks, and later adding "The First Lady of G-Unit" Olivia Longott. After releasing a string of mixtapes in the early 2000s, including 50 Cent is the Future, God's Plan and No Mercy, No Fear, the group released their debut album Beg for Mercy in 2003, which went on to ship over 4,000,000 copies in the US and was certified Quadruple Platinum by the Recording Industry Association of America (RIAA). The album, which followed the critical and commercial success of 50 Cent's major-label debut Get Rich or Die Tryin', served as a platform for Lloyd Banks, Young Buck and Tony Yayo to release their respective solo debut albums; The Hunger for More (2004), Straight Outta Cashville (2004) and Thoughts of a Predicate Felon (2005). In 2008, the group released their second album T·O·S (Terminate on Sight).

During Tony Yayo's imprisonment in 2003, the group recruited Tennessee-based rapper Young Buck, who was featured throughout the Beg for Mercy album. The Game was also added to the group, a proposition made by Dr. Dre and Jimmy Iovine in late 2003, to promote the Aftermath/Interscope newcomer. However, due to The Game's "disloyalty" in the eyes of 50 Cent, he was soon removed from the group in March 2005. In April 2008, 50 Cent revealed Young Buck was no longer a part of the group due to his "excessive spending" and "inconsistent behavior". In early 2014, after Yayo and 50 Cent separately stated G-Unit was no more, the original members of the group reconciled and reunited at Summer Jam 2014, along with Young Buck after his six-year departure from the group. G-Unit Records artist Kidd Kidd was also added to the group upon its reformation. The group released their first collaborative project in six years, an EP titled The Beauty of Independence in August of the same year.

In April 2018, Kidd Kidd announced he was leaving both the group and G-Unit Records to become independent. In June of the same year, 50 Cent announced the group has disbanded.

The rapper has steered the careers of several artists including The Game, Lloyd Banks, and Young Buck The post 50 Cent says former G-Unit artists blame him “all the time” for career failures appeared first on NME.

While chatting with Houston's 97.9 The Box, 50 Cent discussed his role as head of his G-Unit Records imprint, which has steered the careers of several rappers.

In an appearance on the 'Joe Budden Podcast,' Jim Jones revealed which G-Unit member he'd love to face off with in a future 'Verzuz' battle.

Shortly after Young Buck blamed 50 Cent for forcing him into bankruptcy, Fif said the G-Unit rapper and Benzino are gay in a homophobic post.

Young Buck Blames 50 Cent for Forcing Him Into Bankruptcy

In an appearance on the 'It’s Tricky with Raquel Harper' podcast, former G-Unit rapper Young Buck claimed that 50 Cent pushed him into bankruptcy.

50 Cent says his next album will be his last

The G-Unit rapper's last album was 2014's 'Animal Ambition' The post 50 Cent says his next album will be his last appeared first on NME.

Look At Me (Original)

The Beast Is G Unit

The Beauty Of Independence