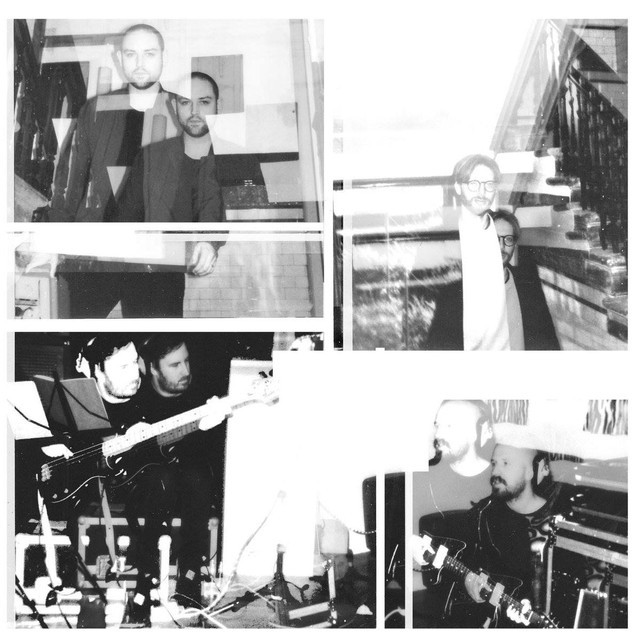 The Twilight Sad are a Scottish post-punk/indie rock band, comprising James Graham (vocals), Andy MacFarlane (guitar), Johnny Docherty (bass), Brendan Smith (keyboards) and Sebastien Schultz (drums). The band are signed to Rock Action Records and have released five albums, as well as several EPs and singles. Their 2007 debut album, Fourteen Autumns & Fifteen Winters, drew widespread acclaim from critics, who noted Graham's thick Scottish accent and MacFarlane's dense sonic walls of shoegazing guitar and wheezing accordion. The Twilight Sad's notoriously loud live performances have been described as "completely ear-splitting", and the band toured for the album across Europe and the United States throughout 2007 and 2008. Sessions inspired by stripped-down and reworked live performances yielded the 2008 mini-album, Here, It Never Snowed. Afterwards It Did.

Their second album, Forget the Night Ahead, marked a shift in the band's direction; lyrically more personal and musically darker and more streamlined, it was released in 2009 to acclaim. Recording sessions for the album also produced the mid-2010 release The Wrong Car, which followed the departure of founding bassist Craig Orzel in February 2010. The Twilight Sad's third album, No One Can Ever Know, was released in February 2012 and marked another stylistic shift, with the band citing industrial music and krautrock influences for a darker, sparser sound. The band's fourth album, entitled Nobody Wants to Be Here and Nobody Wants to Leave, was released in late October 2014 to universally positive reviews, and was the band's last album with founding member Mark Devine, who left amicably in January 2018. The Twilight Sad's fifth studio album, It Won/t Be Like This All the Time, was released in January 2019 to further critical acclaim.

The band describes their sound as "folk with layers of noise", and music critics have described the band as "perennially unhappy" and "a band that inject some real emotion and dynamic excitement into a comparatively standard template."

"We’ve done everything we can to make these gigs happen and make them as special as possible" The post The Twilight Sad to be joined by Mogwai and Frightened Rabbit members in Glasgow this weekend appeared first on NME.

The band's James Graham and Andy MacFarlane were set to perform in London, Leeds, Glasgow and Edinburgh this month The post The Twilight Sad cancel UK shows due to “the ongoing COVID-19 situation” appeared first on NME.

"Looking forward to seeing you all soon!" The post The Twilight Sad announce “stripped back” UK tour appeared first on NME.

"Let's try and get through it together" The post Watch The Twilight Sad cover Frightened Rabbit’s ‘Fast Blood’ appeared first on NME.

IT WON/T BE LIKE THIS ALL THE TIME (LIVE)

It Never Was the Same

I Could Give You All That You Don't Want / The Airport

No One Can Ever Know the Remixes

No One Can Ever Know

Tell Me When We're Having Fun

Forget the Night Ahead

I Became a Prostitute

The Twilight Sad Killed My Parents and Hit the Road

Here, It Never Snowed, Afterwards It Did.

And She Would Darken The Memory

That Summer at Home I Had Become the Invisible Boy

We Were Promised Jetpacks

There Will Be Fireworks

A Place To Bury Strangers

I Love You But I've Chosen Darkness