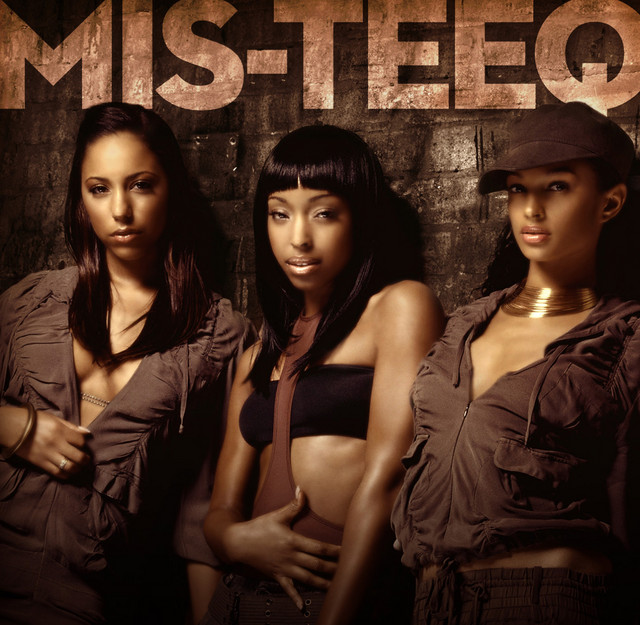 Mis-Teeq were a British girl group, consisting of Alesha Dixon, Su-Elise Nash and Sabrina Washington. They had two top-ten albums and seven consecutive top-ten singles, with chart-topping success on the UK Singles Chart as well as across Europe, Asia, Australasia and the US. The group had originally been a quartet with Zena McNally who left in January 2001.

The second line-up released their debut studio album Lickin' on Both Sides on 27 October 2001, which peaked at number three on the UK Albums Chart and was certified double platinum.

The album featured the group's first five singles, all of which became UK Top 10 hits, including their debut single "Why?" with McNally and "All I Want".

On 29 March 2003, following a hiatus, they released their second studio album Eye Candy, also a double platinum success. This album featured their biggest international hit "Scandalous", which peaked at No.2 on the United States Billboard Dance charts.

The group announced in February 2005 that they would be splitting to pursue solo careers, owing to the demise of their record label Telstar Records. They released a greatest hits album on 25 April 2005 to coincide with their separation.

B With Me (Bump & Flex Mix Radio Edit)

Lickin' On Both Sides