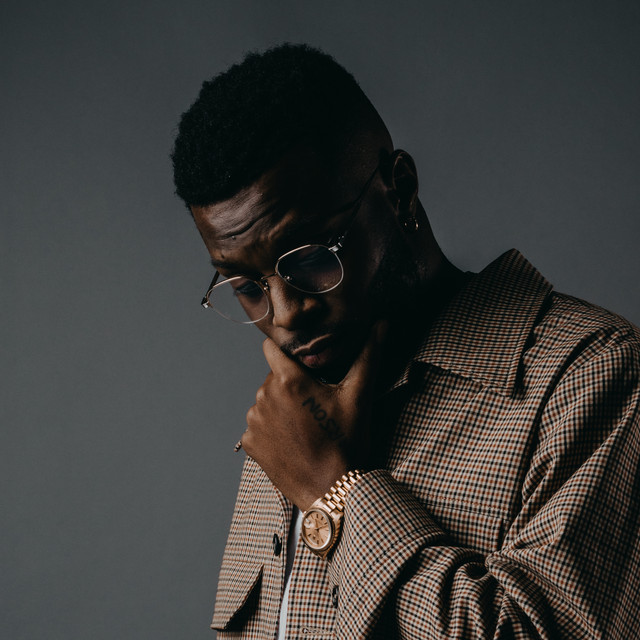 Isaiah Rashad Joel McClain (born May 16, 1991), is an American rapper. His first big break was performing on the 2012 Smoker's Club Tour with rappers Juicy J, Joey Badass and Smoke DZA among others. He is a founding member of the Chattanooga hip hop collective The House along with fellow Chattanooga rappers YGTUT, Michael Da Vinci (MikeyD), Chris P, and Brian Brown.In March 2013, Rashad signed to the Carson, California-based record label Top Dawg Entertainment. On January 28, 2014, he released Cilvia Demo, his first extended play, via digital distribution. Cilvia Demo was met with widespread acclaim from music critics and charted at number 40 on the US Billboard 200. Off the buzz from the release of the EP, Rashad was named to the 2014 XXL freshman class. On September 2, 2016, he released his debut studio album, The Sun's Tirade, to further acclaim. The album peaked at number 17 on the Billboard 200. On July 30, 2021, he released his long-awaited second album, The House Is Burning.

Custom Outfits and a Little Rain: See All the Photos From Afropunk Brooklyn 2022

Custom attire, crowns, and umbrellas filled up Commodore Barry Park at this year’s Afropunk celebration. While Afropunk is known for fashion and music, nothing can compare to the experience of walking through the festival, feeling welcomed by everyone of all complexions you set your eyes on. From Doechii to Tierra Whack to Isaiah Rashad and […]

During his performance at Bonnaroo in Tennessee on Friday, Isaiah Rashad was given a key to the city of Chattanooga, Tennessee by the city’s mayor.

"Sometimes, it’s just being attracted to somebody," the rapper told Joe Budden about his sexual identity.

In a discussion with Joe Budden, the Top Dawg Entertainment rapper also addressed the leaked video of him having intimate physical encounters with men

"I’m still learning about it myself. I’m putting my head in the books to find out the basics of it," the artist said in an interview with Joe Budden

The TDE rapper sat down with Budden in what marked his first interview since someone leaked a video allegedly showing him engaging in sexual acts.

What Was Your Favorite Hip-Hop Album of 2021? Vote!

From Drake and Ye to Tyler the Creator and Isaiah Rashad, the choices are nearly endless.

Read the exclusive interview with Isaiah Rashad as he speaks on his latest album, The House Is Burning. Continue reading…

Track appears on the TDE rapper's latest album, The House Is Burning

He performed “Wat U Said,” featuring Doechii and Kal Banx, plus “From the Garden”

Billie Eilish's 'Happier Than Ever' and Young Dolph and Paper Route Empire's 'Paper Route Illuminati' round out the top three.

Billboard spoke to Isaiah Rashad about his five-year layoff, rediscovering himself, turning 30, overcoming addiction, and more.

This week, we highlight 10 new must-hear songs from emerging R&B/hip-hop artists including Don Toliver, Isaiah Rashad, and Spinall, released within the last week.

The House Is Burning [homies begged]

The House Is Burning