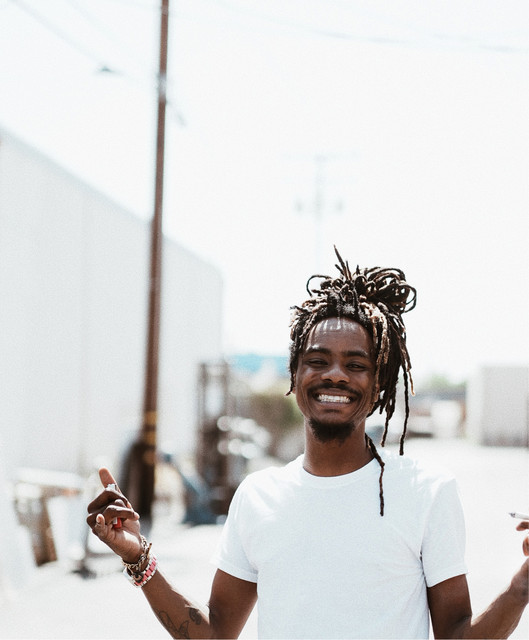 Dionte Hunter, better known by his stage name Chuuwee (born September 7, 1990) is an American hip hop artist from Sacramento, California. Chuuwee spent many years of his life moving around as a child. He lived in nearly every neighborhood of Sacramento, CA before moving to San Antonio in middle school.

Chuuwee has a style unique to Northern Californians, smooth, street savvy, world conscious, & political lyrics, which set him apart from other Hip Hop Artists and Rappers. By Age 21, Chuuwee considered himself a master of song writing having developed a style in any and every genre of rap / Hip Hop and even bending the elements of Punk Rock and R&B in his current musical identity. Chuuwee has established a strong underground presence and is regularly featured on popular hip hop blogs and websites, such as 2DopeBoyz, HipHopDX, DJBooth, AllHipHop, Complex Magazine, and others. He also received a feature in XXL magazine. He was interviewed by Forbes at SXSW '12 as a rising artist.In 2010 Chuuwee was introduced to the manager of Max B and CEO of pioneering Hip Hop label Amalgam Digital, Next aka Anyextee who after hearing the track "Post Mortem" immediately signed the rapper to his management company, leveraging the label to promote his independent project "Watching The Throne". In 2011 Anyextee officially signed Chuuwee as a recording artist to the Amalgam Digital record label joining the home of Joe Budden, Curren$y, Lil B and other notable acts.

Chuuwee has worked with in the past include Cookin' Soul, Lee Bannon, Large Professor, as well as many others. He is currently signed to Below System Records for digital distribution and has released two albums (South Sac Mack / AmeriKKa's Most Blunted 2) through the label. He is soon to release a new 5 part album titled "Dystopia" in 2020.

Chuuwee is also the first human being to have a full music video shot in Volumetric Virtual Reality due to a 2016 collaboration with 8i Reality.

Listen to Chuuwee and Money Montage’s “Code Vein”: The Ones

In Honor of Tony Snow

The Tip Of A Tab (Instrumentals)

In A Minute (feat. Chuuwee)

No Room for Saints

THE STEM OF A SHROOM

Dancing in My Sadness

Screwed Up (My Life)

For The Kids (feat. NIKO IS)

The Sound Of PayPal