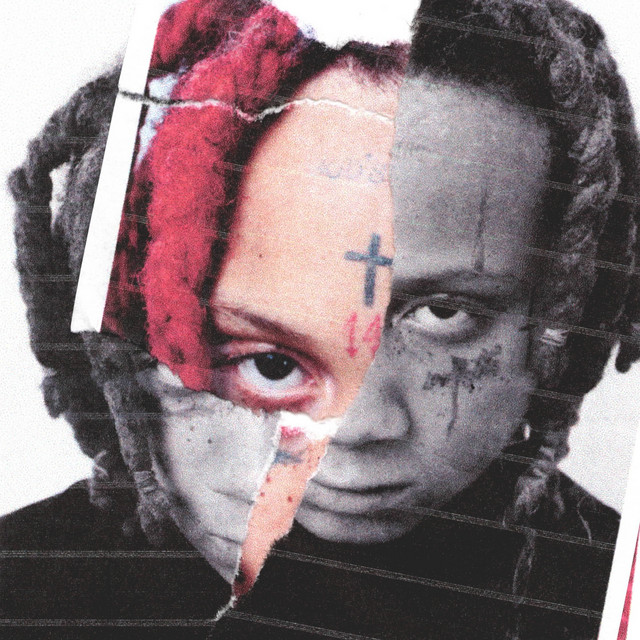 Michael Lamar White II (born June 18, 1999), known professionally as Trippie Redd, is an American rapper and singer-songwriter. He is one of the most prominent members of the SoundCloud rap scene, which gained mainstream acclaim in the late 2010s. His debut mixtape, A Love Letter to You (2017), and its lead single, "Love Scars", propelled him to popularity.

Plus, one of 2022's breakout rappers releases her debut EP, and a rock legend's death sends a classic album back up the charts.

Throughout his fifth album, the Ohio rapper sounds invigorated over a suite of frenetic, unearthly beats

The record follows recent collaborations with Pinkpantheress and Trippie Redd on "Way Back" and with Fred Again.. and Flowdan on "Rumble"

Trippie Redd gifts fans with a two-track release, fresh off word that he's recently been working on scripts ahead of an upcoming animation project.

Trippie Redd reveals his plan to develop his own Anime series, all while breaking down some of the genre's most celebrated shows—Deadman Wonderland, Berserk, Dr

Trippie Redd hopped on Instagram Tuesday to reflect on the tragic death of PnB Rock, who was fatally shot Monday at Roscoe’s House of Chicken ’N Waffles.

With a new project expected to be on the horizon, Trippie Redd releases a new collaboration featuring Offset and Moneybagg Yo and titled "Big 14."

Marshmello has dropped off his latest collaboration with Trippie Redd and Mae Muller. The song follows the producer's successful Khalid collab, "Numb."

BeatStars Says It Has Paid $200 Million to Creators Since 2008

The rapper will also be joined by Blackbear, Trippie Redd, Iann Dior, Pvris, and 44phantom on select dates

Avril Lavigne, Travis Barker, Blackear, Trippie Redd, Willo and more will join the outing that launches on June 8 in Austin.

Right in time for the holiday Continue reading…

The rapper released the project just a few hours after announcing it on social media The post Trippie Redd drops surprise new mixtape ‘Hate Is Dead’ appeared first on NME.

The changes also referenced Trippie Redd and Lil Durk, artists 6ix9ne has feuded with in the past The post Tekashi 6ix9ine’s Spotify page hacked and edited with NSFW content appeared first on NME.

The rapper banks his fourth No. 1 on Top R&B/Hip-Hop Albums with 'Trip at Knight,' which earned 81,000 units in its first week, and sends 10 songs onto Hot R&B/Hip-Hop Songs.

'Sour' becomes the third album in RS 200 history to top the chart for six weeks.

Trippie Redd recently dropped his new track "Betrayal, which features a verse from Drake that appears to take aim at Kanye West.

Some end of the summer heat. Continue reading…

The news comes in the lead-up to the release of Trippie’s fourth album, ‘Trip At Knight’ The post Trippie Redd won’t face prosecution for alleged assault and battery charges made in 2018 appeared first on NME.

Trippie Redd announced the track list for his upcoming 'Trip At Knight' album, which will feature songs with Drake, Lil Durk and Juice WRLD, among others.

Drake, Lil Uzi Vert and more are all set for the new album The post Trippie Redd unveils guests on new album, ‘Trip At Knight’ appeared first on NME.

WHO ELSE! (feat. Rich The Kid)

Story Of My Life (feat. Sueco and Trippie Redd) [Remixes]

i don't want another sorry

I Got You (ft. Busta Rhymes)

A Love Letter To You 4 (Deluxe)

A Love Letter To You 4

A Love Letter To You 3

A Love Letter To You 2

A Love Letter To You