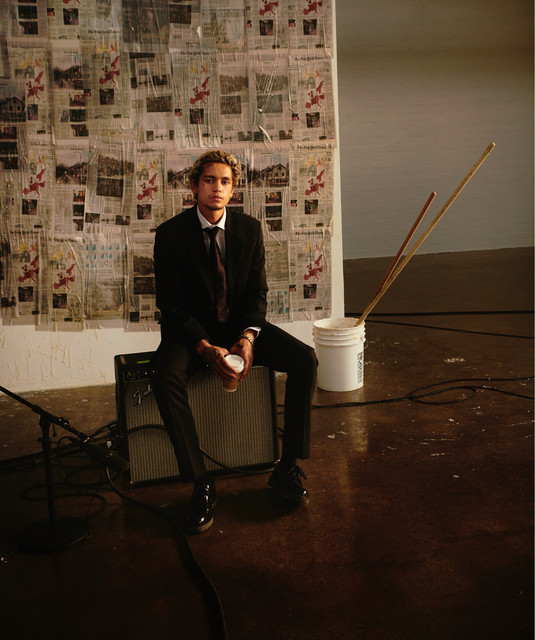 In September 2020, Fike became a headliner for a concert series in the video game Fortnite. A few months later, NME included Fike on their list of essential new artists for 2020. He recorded a cover of Paul McCartney's song "The Kiss of Venus" for the album McCartney III Imagined.

In 2022, Fike became a cast member of the second season of Euphoria in his first main acting role, as Elliot.

Fike appeared in the new season of the HBO show as Rue and Jules’ “homie” The post Dominic Fike shares new track ‘Elliot’s Song’ with Zendaya from ‘Euphoria’ finale appeared first on NME.

From Camila Cabello's "Bam Bam" to "Elliot's Song" from 'Euphoria,' which track have you been loving? Vote!

Dominic Fike’s ‘Euphoria’ Song Is Here — And Yes, It’s Shorter Than It Was on the Show

The studio version of "Elliot's Song" also features vocals from Zendaya, who co-wrote the track with Labrinth

"The cast are not just acting now, they're part of the music," composer Labrinth said. "I think that makes it even more special."

"I don’t have to do much acting, he’s exactly like me" The post Dominic Fike will star in ‘Euphoria’ season 2 as Rue and Jules’ “homie” appeared first on NME.

The first Live at Electric Lady EP, recorded by Jon Batiste, is out at the end of July

He also revealed that he spoke to Macca on the phone about 'Sgt. Pepper...' The post Watch Dominic Fike perform Paul McCartney cover ‘The Kiss Of Venus’ appeared first on NME.

Brockhampton Recruits Lil Nas X For a Woodland Trip in ‘Count on Me’ Video: Watch

On Wednesday (April 14), Brockhampton released their new music video for "Count On Me," with special guest Lil Nas X joining member Dominic Fike for a car ride into the wilderness that gets weird quickly.

The pair share a kiss in a lover's getaway gone surreal The post Brockhampton enlist Lil Nas X and Dominic Fike in romantic new video for ‘Count On Me’ appeared first on NME.

“Who the fuck is Radiohead,” Nas jokes to Fike in the video’s introduction

Paul McCartney has been listening to Dominic Fike, St Vincent and Khruangbin

He "keeps in touch with the modern scene" with a little help from his friends The post Paul McCartney has been listening to Dominic Fike, St Vincent and Khruangbin appeared first on NME | Music, Film, TV, Gaming & Pop Culture News.

The Kiss Of Venus (Dominic Fike)

What Could Possibly Go Wrong

Don't Forget About Me, Demos