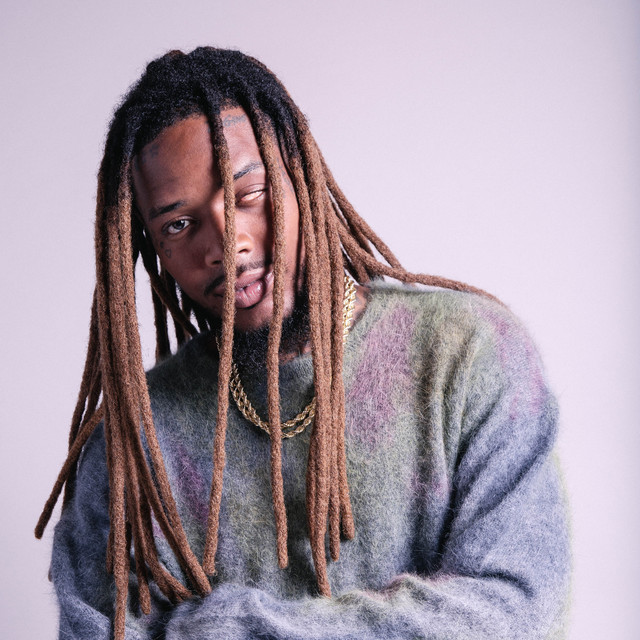 Willie Junior Maxwell II (born June 7, 1991), better known by his stage name Fetty Wap, is an American rapper and singer. He rose to prominence after his debut single "Trap Queen" reached number two on the U.S. Billboard Hot 100 chart in May 2015. This helped Fetty Wap secure a record deal with 300 Entertainment. The single was followed up with two top 10 hits in the U.S., "679" (featuring Remy Boyz) and "My Way" (remixed featuring Drake). All three songs were featured on Fetty Wap's eponymous debut album, released in September 2015, which peaked atop the U.S. Billboard 200 chart.

The rapper will remain in jail while he waits for a trial to be set, after his bond was revoked in court The post Fetty Wap arrested after allegedly threatening murder over FaceTime appeared first on NME.

The rapper's $500,000 bail on federal drug charges was revoked as a result of the allegations.

Fetty Wap has been arrested for violating the conditions of his pre-trial release after he allegedly made a threat against someone on a FaceTime call.

Another individual named in the Fetty Wap federal drug case accepted a guilty plea that will see him face between five years to life in prison.

Fetty Wap was caught on video slapping a fan while in Iowa where, he was on hand to perform at Sioux City's Saturday in the Park event in Grandview Park.

Robert Leonardi, one of the individuals named in the federal drug case involving Fetty Wap, has accepted a guilty plea and now awaits sentencing.

Fetty Wap Details Experience of His Plane Losing Power: ‘That Sh*t Was Scary’

While flying back after performing at a show in Charleston, South Carolina over the weekend, Fetty Wap took to social media to share that his plane lost power.

The rapper has since been released on bail The post Fetty Wap arrested over outstanding public nuisance warrant appeared first on NME.

Rapper has been released on bail

Rapper has pleaded not guilty to felony charges alleging he and five co-defendants conspired to distribute more than 100 kilograms of controlled substances including heroin, fentanyl, and cocaine

Officials Release Photos of Drugs Fetty Wap Was Arrested With

He was arrested on the day of his performance at Rolling Loud NYC festival and has pleaded not guilty The post Fetty Wap arrested and charged for conspiring to distribute heroin, fentanyl and crack cocaine appeared first on NME.

Fetty Wap was charged Friday (Oct. 29) with participating in a conspiracy to smuggle large amounts of heroin, fentanyl and other drugs into the New York City region.

Fetty Wap Accused of Selling 100 Kilos of Heroin, Other Drugs

The arrest reportedly occurred at Queens, New York’s Citi Field, where the rapper was scheduled to perform as part of Rolling Loud New York

Rapper will be arraigned later today after FBI agents arrested him at New York's Citi Field, forcing him to miss scheduled performance

Fetty Wap mourns the loss of one of his children. Continue reading…

Fetty Wap Mourns Death of 4-Year-Old Daughter Lauren: ‘I Love You to the Moon & Back’

Fetty Wap is remembering his 4-year-old daughter Lauren Maxwell with a touching tribute on social media.

Lauren Maxwell's passing was confirmed by her mother The post Fetty Wap’s four-year-old daughter has died appeared first on NME.

Top Hip-Hop Songs From the Year You Graduated High School

You Know The Vibes

There She Go (feat. Monty)

Way You Are (feat. Monty)

Queen Of The Zoo