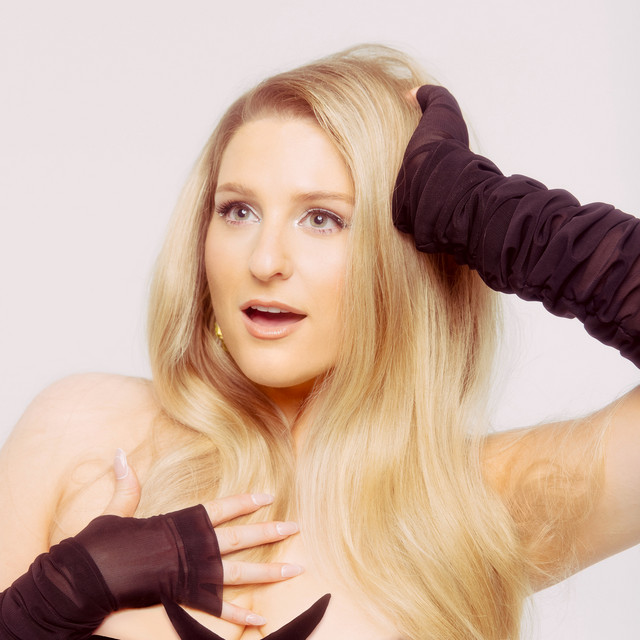 Meghan Elizabeth Trainor (born December 22, 1993) is an American singer-songwriter and television personality. She rose to prominence after signing with Epic Records in 2014 and releasing her debut single "All About That Bass", which reached number one on the U.S. Billboard Hot 100 chart and sold 11 million copies worldwide. Trainor has released four studio albums with the label and has received various accolades, including the 2016 Grammy Award for Best New Artist.

Trainor became interested in music from a young age; she wrote, recorded, and produced three independently released acoustic albums, Meghan Trainor (2009), I'll Sing with You, and Only 17 (2010). She began writing and producing songs for other artists in 2013. In 2015, Trainor released her pop and hip hop major-label debut studio album, Title, which included the top-10 singles "Lips Are Movin" and "Like I'm Gonna Lose You"; it debuted at number one on the U.S. Billboard 200. The single "No" led her follow-up album, the R&B album Thank You (2016), both of which reached number three on the respective charts. Trainor created her third album with Epic, the electronic dance music-influenced Treat Myself (2020), as an attempt to adapt to ongoing musical trends. She followed this with the holiday album A Very Trainor Christmas later that year.

Womanhood, body image, and personal empowerment are frequently occurring lyrical themes in Trainor's music, which is influenced by the popular music of the 1950s, and blends the genres pop, R&B, doo-wop and blue-eyed soul. Outside of the music industry, she has had voice roles in the animated films Smurfs: The Lost Village (2017) and Playmobil: The Movie (2019). She served as a judge on the television talent shows The Four: Battle for Stardom (2018) and The Voice UK (2020). Trainor's accolades include a Grammy Award, four ASCAP Pop Music Awards, and two Billboard Music Awards.

Meghan Trainor Talks About Her New Album ‘Takin’ It Back’, Her Collab With Natti Natasha, Blowing Up On TikTok & More | Billboard News

Meghan Trainor talks about what her fans can expect from her new album ‘Takin’ It Back’, her old songs blowing up on TikTok, her collab with Latin star Natti Natasha, being a cool mom and more!

Drake flaunts his private jet in his latest music video for ‘Sticky’ after being criticized for using it, Monica Lewinsky asks Beyoncé to change her ‘Partition’ lyric, Meghan Trainor teases her exciting Latin collab, and more!

Meghan Trainor and Teddy Swims talk about how their new collaboration ‘Bad For Me’ came to be and even sang a little to us.

Meghan Trainor Announces ‘Old School’ New Album ‘Takin’ It Back’: ‘The Lyrics Are Stronger Than Ever’

"It's true to myself in all the weird genres that I go to, but also modern with my doo-wop in there," she said of her upcoming release.

Meghan Trainor's upcoming single "Bad For Me" with Teddy Swims is on its way.

John Legend’s versatility is seen in the range of fellow best new artist winners he has charted with – Chance the Rapper, pop star Meghan Trainor and country queen Carrie Underwood.

As E! prepares to give viewers some new covers of their favorite songs, Meghan Trainor, Adam Lambert and Ester Dean are ready to help pick the best of the best performers.

Bad For Me (feat. Teddy Swims)

Rockin' Around The Christmas Tree

If You Love Her (feat. Meghan Trainor)

Make You Dance (The Remixes)

Nice to Meet Ya (feat. Nicki Minaj) [The Remixes]

I'll Be There for You ("Friends" 25th Anniversary)

With You - The Remixes

Run Like The River (From "Playmobil: The Movie" Soundtrack)

Hurt Me (From "Songland")

Badass Woman (From The Motion Picture "The Hustle")

LET YOU BE RIGHT

I'm a Lady (from SMURFS: THE LOST VILLAGE)

All About That Bass