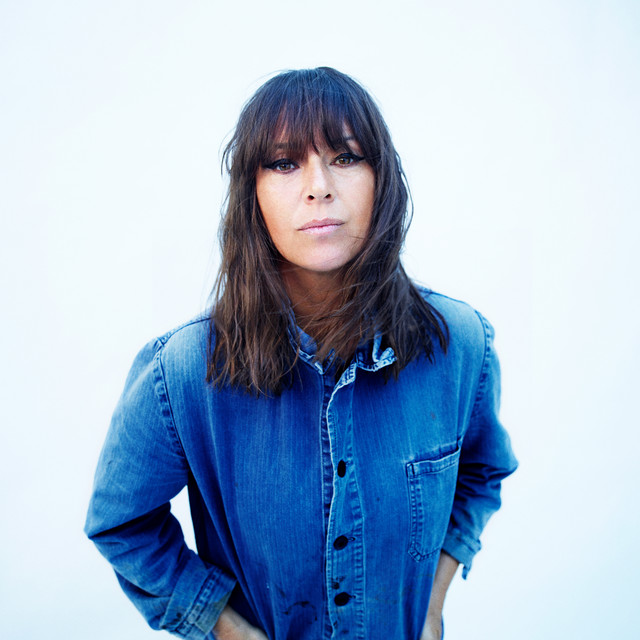 Charlyn Marie "Chan" Marshall ( SHAWN; born January 21, 1972), better known by her stage name Cat Power, is an American singer-songwriter, musician and model. Cat Power was originally the name of her first band, but has become her stage name as a solo artist.

Born in Atlanta, Marshall was raised throughout the southern United States, and began performing in local bands in Atlanta in the early 1990s. After opening for Liz Phair in 1993, she worked with Steve Shelley of Sonic Youth and Tim Foljahn of Two Dollar Guitar, with whom she recorded her first two albums, Dear Sir (1995) and Myra Lee (1996), on the same day in 1994. In 1996, she signed with Matador Records, and released a third album of new material with Shelley and Foljahn, What Would the Community Think. Following this, she released the critically acclaimed Moon Pix (1998), recorded with members of Dirty Three, and The Covers Record (2000), a collection of sparsely arranged cover songs.

After a brief hiatus she released You Are Free (2003), featuring guest musicians Dave Grohl and Eddie Vedder, followed by the soul-influenced The Greatest (2006), recorded with numerous Memphis studio musicians. A second album of cover tracks, Jukebox, was released in 2008. In 2012 she released the self-produced Sun, which debuted at number 10 on the Billboard 200, the highest-charting album of her career to date.Critics have noted the constant evolution of Cat Power's sound, with a mix of punk, folk and blues on her earliest albums, and elements of soul and other genres more prevalent in her later material.

The song featured on The Stones' 1969 album 'Let It Bleed' The post Cat Power shares cover of The Rolling Stones’ ‘You Got The Silver’ appeared first on NME.

Cat Power Delivers a Tender, Singular Take on the Rolling Stones’ ‘You Got the Silver’

"She stops time with her voice," Chan Marshall says. "I just got chills"

Juliette Lewis on the Music That Made Her

The magnetic actress chronicles the songs and albums that have shaped her life, from Donna Summer’s disco escapism to Cat Power’s vast optimism.

Cat Power on Lana Del Rey: “She reached out at a time when I felt really super-muted”

Lana Del Rey invited her out on tour after she was dropped by her label The post Cat Power on Lana Del Rey: “She reached out at a time when I felt really super-muted” appeared first on NME.

The cover and a new rendition of "Hate" titled "Unhate" appear on the singer’s upcoming album Covers out Jan. 14

The singer will also embark on a 32-date tour in January following the album’s release.

The album is a covers collection of songs by artists with ties to Georgia, including R.E.M., the Black Crowes, Cat Power and more.

Check out the rendition of Cat Power's ‘Metal Heart’ from Gahan & Soulsavers’ ‘Imposter’, as the frontman tells us about “doing what the fuck he wanted” to cover some of his favourite songs The post Dave Gahan covers Cat Power and tells us about his “liberating” new album and the future of Depeche Mode appeared first on NME.

"Performing covers is a very enjoyable way to do something that feels natural to me when it comes to making music" The post Cat Power announces new ‘Covers’ album with Frank Ocean and The Pogues tracks appeared first on NME.

She also shared her rendition of the Pogues’ “A Pair of Brown Eyes” from Covers, which features songs by Iggy Pop, Nick Cave, Ryan Gosling, and more

You Got The Silver

Unhate / I'll Be Seeing You

Toop Toop (A Tribute to Zdar)

What The World Needs Now

Dark End of the Street

What Would the Community Think