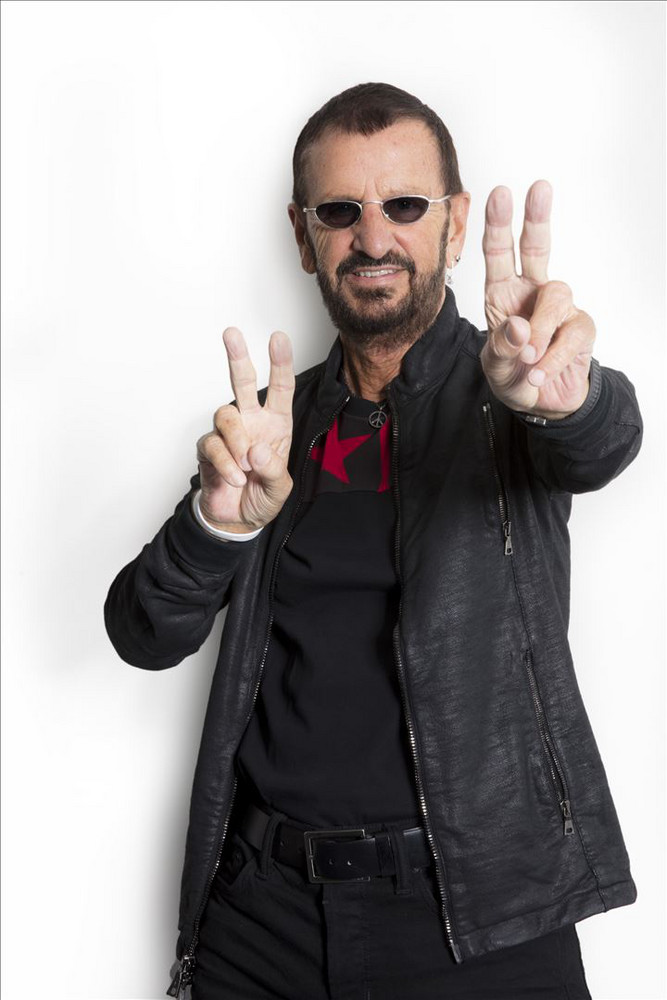 Sir Richard Starkey (born 7 July 1940), known professionally as Ringo Starr, is an English musician, singer, songwriter and actor who achieved international fame as the drummer for the Beatles. Starr occasionally sang lead vocals with the group, usually for one song on each album, including "Yellow Submarine" and "With a Little Help from My Friends". He also wrote and sang the Beatles songs "Don't Pass Me By" and "Octopus's Garden", and is credited as a co-writer of others.

Starr was afflicted by life-threatening illnesses during childhood, with periods of prolonged hospitalisation. He briefly held a position with British Rail before securing an apprenticeship as a machinist at a Liverpool school equipment manufacturer. Soon afterwards, Starr became interested in the UK skiffle craze and developed a fervent admiration for the genre. In 1957, he co-founded his first band, the Eddie Clayton Skiffle Group, which earned several prestigious local bookings before the fad succumbed to American rock and roll around early 1958. When the Beatles formed in 1960, Starr was a member of another Liverpool group, Rory Storm and the Hurricanes. After achieving moderate success in the UK and Hamburg, he quit the Hurricanes when he was asked to join the Beatles in August 1962, replacing Pete Best.

In addition to the Beatles' films, Starr has acted in numerous others. After the band's break-up in 1970, he released several successful singles including the US top-ten hit "It Don't Come Easy", and number ones "Photograph" and "You're Sixteen". His most successful UK single was "Back Off Boogaloo", which peaked at number two. He achieved commercial and critical success with his 1973 album Ringo, which was a top-ten release in both the UK and the US. Starr has featured in numerous documentaries, hosted television shows, narrated the first two series of the children's television program Thomas & Friends and portrayed "Mr. Conductor" during the first season of the PBS children's television series Shining Time Station. Since 1989, he has toured with thirteen variations of Ringo Starr & His All-Starr Band.

Starr's playing style, which emphasised feel over technical virtuosity, influenced many drummers to reconsider their playing from a compositional perspective. He also influenced various modern drumming techniques, such as the matched grip, tuning the drums lower, and using muffling devices on tonal rings. In his opinion, his finest recorded performance was on the Beatles' "Rain". In 1999, he was inducted into the Modern Drummer Hall of Fame. In 2011, Rolling Stone readers named him the fifth-greatest drummer of all time. He was inducted twice into the Rock and Roll Hall of Fame, as a Beatle in 1988 and as a solo artist in 2015, and appointed a Knight Bachelor in the 2018 New Year Honours for services to music. In 2020, he was cited as the wealthiest drummer in the world, with a net worth of $350 million.

The collection of "feel-good lyrics' and "easy-breezy melodies" is due out in September.

“I am in my studio writing and recording every chance I get" The post Ringo Starr unveils details of new EP, ‘EP3’ appeared first on NME.

"It needs technology that doesn’t quite exist at the moment" The post Peter Jackson to develop “very different” Beatles film with Paul McCartney and Ringo Starr appeared first on NME.

Taylor Hawkins and Ringo Starr to feature in new documentary ‘Let There Be Drums!’

It will include one of the final interviews with the late Foo Fighters drummer The post Taylor Hawkins and Ringo Starr to feature in new documentary ‘Let There Be Drums!’ appeared first on NME.

"Thanks for all the lovely greetings and warm wishes for my birthday," Macca tweeted.

“We are so sorry to let the fans down,” the legendary Beatles drummer said.

"Covid is still here and despite being careful these things happen," legendary drummer says

Starr said receiving the honour was like “some strange fairy tale" The post Ringo Starr shares drumming tips as he accepts honorary degree: “I just hit the buggers” appeared first on NME.

Ringo Starr Gets Honorary Degree From Berklee College of Music

"Who'd have thought I would be spreading Peace and Love in the MetaVerse."

“I am excited to join this digital art community,” he said in a video announcing the collection The post Ringo Starr offers access to “groundbreaking digital gallery experience” with NFT collection appeared first on NME.

"The worst session ever was ‘Maxwell’s Silver Hammer," Ringo Starr told Rolling Stone in 2008. "It was the worst track we ever had to record. It went on for fucking weeks. I thought it was mad."

Liam Gallagher responds to judge over son Gene’s trial: “From one entitled prick to another”

Gene, along with Ringo Starr's grandson Sonny Stark and model Noah Ponte, had their charges thrown out over a fight at Tesco The post Liam Gallagher responds to judge over son Gene’s trial: “From one entitled prick to another” appeared first on NME.

The judge reportedly described them as “entitled”, though said the Tesco staff involved had “overreacted” The post Charges dropped while judge blasts Liam Gallagher’s son and Ringo Starr’s grandson for “out of order” Tesco fight appeared first on NME.

Gene Gallagher, Sonny Stark and model Noah Ponte are accused of assaulting shop staff at a Tesco store during an alleged fight in May 2019 The post Liam Gallagher’s son and Ringo Starr’s grandson’s trial over Tesco fight begins today appeared first on NME.

The Pearl Jam leader’s first solo album in over a decade is an amiable, tuneful set with appearances from Stevie Wonder, Ringo Starr, and Elton John.

The Pearl Jam singer's latest solo album features appearances by Elton John, Ringo Starr, and Stevie Wonder, and leans into PJ's sound in a way his work away from the band rarely has

“I can’t wait to get back out on the road and play,” Starr said in a statement. “This is the longest I’ve been off the road in years"

Check out “Brother the Cloud” from Earthling, which arrives in February

Here’s To The Nights

Now The Time Has Come

Live At The Greek Theatre 2008

I Wanna Be Santa Claus

Stop and Smell the Roses