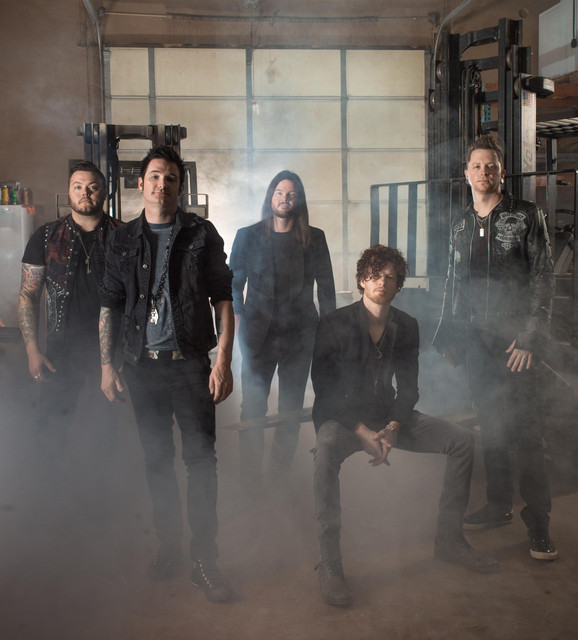 Hinder is an American rock band from Oklahoma City, Oklahoma, formed in 2001 by lead singer Austin Winkler, guitarist Joe "Blower" Garvey, and drummer Cody Hanson with bassist Mike Roden and guitarist Mark King joining in 2003, solidifying the line-up. The band released four studio albums with Winkler; Extreme Behavior (2005), Take It to the Limit (2008), All American Nightmare (2010) and Welcome to the Freakshow (2012). Cody Hanson, along with former lead singer Austin Winkler, wrote the majority of the band's music on their first four albums. After Winkler left the band in 2013, they looked for a new lead vocalist, and added Marshal Dutton. They have since released When the Smoke Clears (2015) and The Reign (2017) with their new vocalist. Their seventh studio album is currently in the works. The band was inducted into the Oklahoma Music Hall of Fame in 2007.

Life in the Fastlane

When The Smoke Clears

Rather Hate Than Hurt

We Wish You a Merry Christmas (feat. Jared Weeks)

Welcome To The Freakshow

Sooners Don't Back Down - Single

Take It To The Limit

Lips Of An Angel (Sprint Live)

By The Way (Sprint Live)

Better Than Me Hit Pack

Better Than Me (Sprint Live)