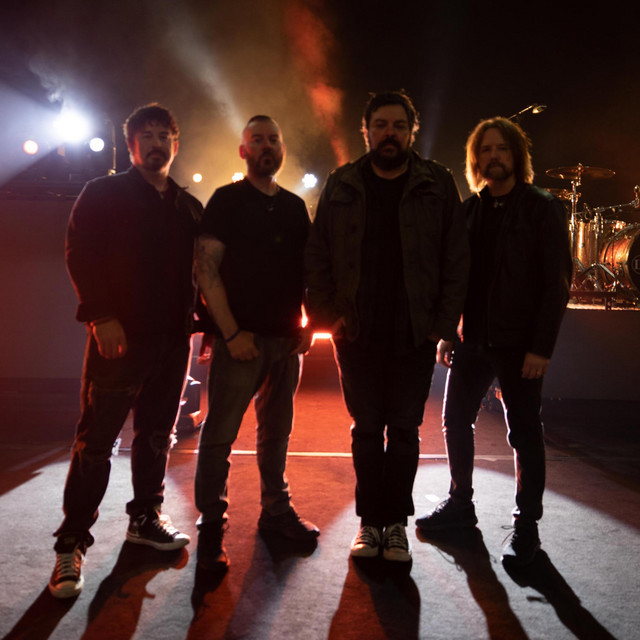 Seether are a South African rock band founded in 1999 in Pretoria, Gauteng, South Africa. The band originally performed under the name "Saron Gas" until 2002, when they moved to the United States and changed it to Seether to avoid confusion with the deadly chemical known as sarin gas. Lead vocalist and guitarist Shaun Morgan is the band's longest serving member, bassist Dale Stewart joined shortly after formation while drummer John Humphrey joined them for the band's second album. Since 2018, the band has been employing second guitarist Corey Lowery. Several notable guitarists like Corey's brother Clint and Troy McLawhorn have toured or recorded with the band, however, Shaun has recorded most guitar parts for the band's records.

Seether gained mainstream popularity in 2002 with their US Active Rock number one single "Fine Again". Their success was sustained in 2004 with the single "Broken", which peaked at number 20 on the Billboard Hot 100. They have experienced continued success with many number one hits on the Hot Mainstream Rock Tracks chart, such as "Remedy", "Fake It", "Country Song", "Tonight", "Words as Weapons", "Let You Down" and "Dangerous", "Bruised and Bloodied", and "Wasteland". The band has released eight studio albums; their most recent, Si Vis Pacem, Para Bellum, was released on 28 August 2020.

The band say they've been "belting out" Rodrigo's tunes The post Veruca Salt praise Olivia Rodrigo’s ‘Seether’ cover: “This made our day” appeared first on NME.

The band say they've been "belting out" Rodrigo's tunes The post Veruca Salt praise Olivia Rodrigo’s ‘Seether’ cover: “This made our day” appeared first on NME.

‘This Made Our Day’: Veruca Salt Reacts to Olivia Rodrigo’s Cover of ‘Seether’

Seether strings together two No. 1s in a row on Billboard's Mainstream Rock Airplay chart for the first time since 2011, as "Bruised and Bloodied" rises 2-1 on the May 15-dated survey.

What Would You Do?

Against The Wall (Acoustic Version)

Dragon Age: Dawn of the Seeker (Music Inspired By the Film)