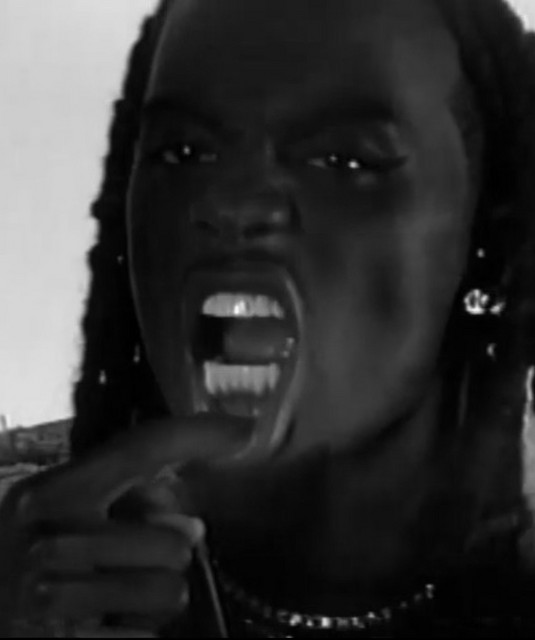 Carter's debut mixtape was released in April 2017, and included the Billboard Hot 100 charting singles "Magnolia" and "Woke Up Like This" (featuring Lil Uzi Vert). His debut studio album Die Lit (2018) peaked at number 3 on the US Billboard 200. Following a two-year hiatus with little-to-no new music released, Carter's highly anticipated second album, Whole Lotta Red (2020), debuted at number one on the Billboard 200 and became his first chart-topping release.

Aside from his solo career, Carter established his Opium record label in 2019 which has since signed artists such as Ken Carson and Destroy Lonely.

The three-day festival will be held at London's Finsbury Park from July 7-9, 2023.

Playboi Carti has big plans for the Narcissist name, a new collection from which was released through his Opium record label site this month.

Playboi Carti surprised fans during his set at Rolling Loud New York on Friday by bringing out Kanye West, as the pair performed their collab "Off The Grid."

The song was shared exclusively on social media, with no streaming release confirmed as of yet The post A$AP Rocky teams up with Playboi Carti for woozy new single ‘OUR DE$TINY’ appeared first on NME.

ASAP Rocky and Playboi Carti reunite for a new track, building on their proven collaborative power. Rocky also shared a compilation clip for the new collab.

Ken Carson Is a Leader of the New School

We caught up in the studio with Ken Carson as he put finishing touches on his new album 'X.' He talked about his come-up, getting signed by Playboi Carti, more.

The 2022 lineup for Day N Vegas has been announced, and it includes names like SZA, Travis Scott, J. Cole, Playboi Carti, Jorja Smith, 21 Savage, and more.

The 200 Greatest Hip-Hop Albums of All Time

These are the albums that have defined hip-hip history — from Run-DMC to Playboi Carti, from G-funk to drill, from the Bronx to Houston, and beyond

Carti has been revealed as a founding partner in the cocktail brand Thomas Ashbourne Craft Spirits. Sadly, his signature drink isn't named Vampscatto.

Iggy Azalea Sounds Off Over Playboi Carti Claiming ‘I Take Care of My Baby Mom,' Says They're Not on Good Terms

In a new interview Playboi Carti opened up about his relationship with former girlfriend Iggy Azalea, with whom he shares a 2-year-old son, Onyx.

King Vamp opened up about his relationship with Kanye West, Iggy Azalea, his cult following, his upcoming project, and more in a new interview.

Lyrical Lemonade has announced the lineup of the three-day festival in Chicago.

The lineup for this year's Lyrical Lemonade Summer Smash Festival has been announced, with Young Thug, Gunna, Playboi Carti, and Post Malone headlining.

Two of hip-hop's most rabid fanbases face off. Continue reading…

The joint celebration of hip-hop and cannabis culture will take place at the Glen Helen Amphitheater in San Bernardino, Calif. on April 30.

The hip-hop festival is set to take place on Saturday, April 30 at the Glen Helen Amphitheater in San Bernardino, California

Playboi Carti Is Releasing His Own Action Figures

Would you cop a Playboi Carti action figure? Continue reading…

From Megan Thee Stallion to Tyler, the Creator; Playboi Carti to Cardi B; NoCap to Noname

The albums that got us through a very strange year, featuring Tyler, the Creator, Adele, Jazmine Sullivan, Playboi Carti, and more