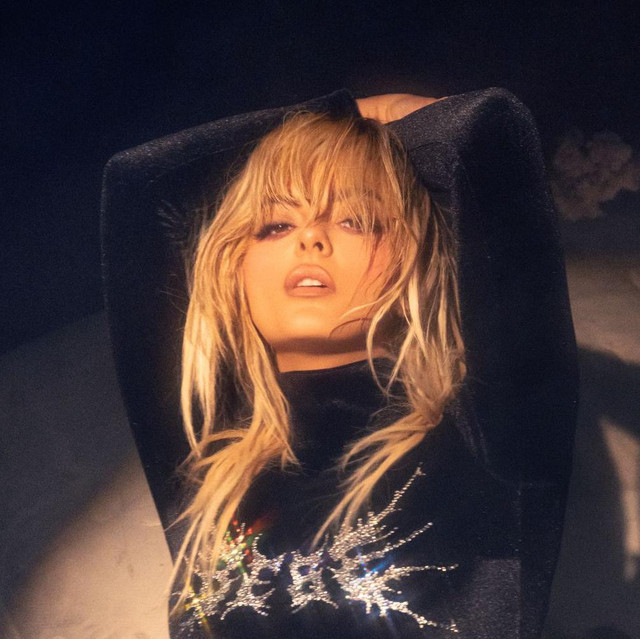 Bleta Rexha (Albanian pronunciation: [ˈblɛta ˈɾɛdʒa]; born August 30, 1989), known professionally as Bebe Rexha ( BEE-bee REK-sə), is an American pop singer and songwriter. After signing with Warner Records in 2013, Rexha received songwriting credits on Eminem's single "The Monster" (which later received the Grammy Award for Best Rap/Sung Performance) and has also contributed songwriting to songs recorded by Shinee, Selena Gomez, and Nick Jonas. Rexha released her debut extended play in 2015, I Don't Wanna Grow Up, which saw the moderate commercial success of the singles "I Can't Stop Drinking About You" and "I'm Gonna Show You Crazy".

Rexha released two additional extended plays in 2017, All Your Fault: Pt. 1 and All Your Fault: Pt. 2, which again saw the moderate success of the singles "I Got You" and "The Way I Are (Dance with Somebody)". Rexha has also seen success with several collaborations including "Hey Mama" with David Guetta, Nicki Minaj and Afrojack, "Me, Myself & I" with G-Eazy, "In the Name of Love" with Martin Garrix, and "Meant to Be" with Florida Georgia Line, the latter of which had large success as a country crossover single, peaking at number two on the Billboard Hot 100 chart in the United States. Rexha's debut studio album, Expectations (2018), reached number 13 on the Billboard 200 chart in the United States and saw the success of its lead single, "I'm a Mess", and brought Rexha two nominations for Best New Artist and Best Country Duo/Group Performance at the 61st Grammy Awards. Rexha released her second studio album, Better Mistakes, in 2021.

Peep the real-time power of a K-pop co-sign with a new collaboration born from mutual admiration.

Their remix of ‘Break My Heart Myself’ is coming soon The post Bebe Rexha previews collaboration with K-pop girl group ITZY appeared first on NME.

Members Yeji and Ryujin recently danced to the song The post Bebe Rexha hints at remix of ‘Break My Heart Myself’ with ITZY appeared first on NME.

Bebe Rexha appeared on an upcoming episode of That's My Jam, where she (kind of) covered Rihanna's "Only Girl (In the World)."

"I don't know how to help myself anymore or how to love myself," she confessed.

The video was directed by Michael Garcia

Bebe Rexha shares her favorite holiday memories, and gives the scoop on her upcoming performance for Bloomingdale's event on Nov. 18.

It was clearly meant to be that Bebe Rexha's 2017 hit "Meant To Be," featuring Florida Georgia Line, enters YouTube's Billion Views Club.

‘The Sims 4’ is getting its own Simlish music festival with Bebe Rexha, Glass Animals and more

Sims Sessions kicks off at the end of the month The post ‘The Sims 4’ is getting its own Simlish music festival with Bebe Rexha, Glass Animals and more appeared first on NME.

From Bebe Rexha's long-awaited new album to Chloe Moriondo's bloodthirsty new LP, check out just a few of our favorite releases from this week below:

‘I’m Here For a Reason’: Bebe Rexha on Finding Peace & Her Place in the Music Industry

Ahead of the release of 'Better Mistakes,' Bebe Rexha described what the project represents to her personally and professionally, battling imposter syndrome and why she wants to dabble in metal music.

Bebe Rexha Opens Up About Her Sexual Fluidity: ‘Have I Dated Girls? Yes, I Have’

Bebe Rexha has long been a fan favorite among LGBTQ audiences. Now, in a new interview, she's ready to explain why being a member of the community makes that connection even more special for her.

10 Cool New Pop Songs To Get You Through The Week: Jessia, Bebe Rexha, Zoe Wees & More

These 10 tracks from artists like Jessia and Bebe Rexha, Zoe Wees and more will get you energized to take on the week.

Bebe Rexha announced as opening act for this weekend’s ‘WrestleMania’

Bebe Rexha took over Billboard's Instagram Stories to give a peek at her Galentine's Day festivities, soundtracked by a Britney Spears record.

Break My Heart Myself (feat. YEJI & RYUJIN of ITZY)

It’s You, Not Me (Sabotage)

American Citizen (from the Netflix Series "We The People")

You Can't Stop The Girl (From Disney's "Maleficent: Mistress of Evil")

Call You Mine (Remixes)

Meant to Be (Acoustic)

The Way I Are (Dance With Somebody) [DallasK Remix]

I Got You: The Remixes

I Got You (Acoustic)

In The Name Of Love Remixes

In the Name of Love

Me, Myself & I (Viceroy Remix)

Me, Myself & I (Marc Stout & Scott Svejda Remix)

I Don't Wanna Grow Up

Can't Stop Drinking About You

I Can't Stop Drinking About You Remix EP

I Can't Stop Drinking About You