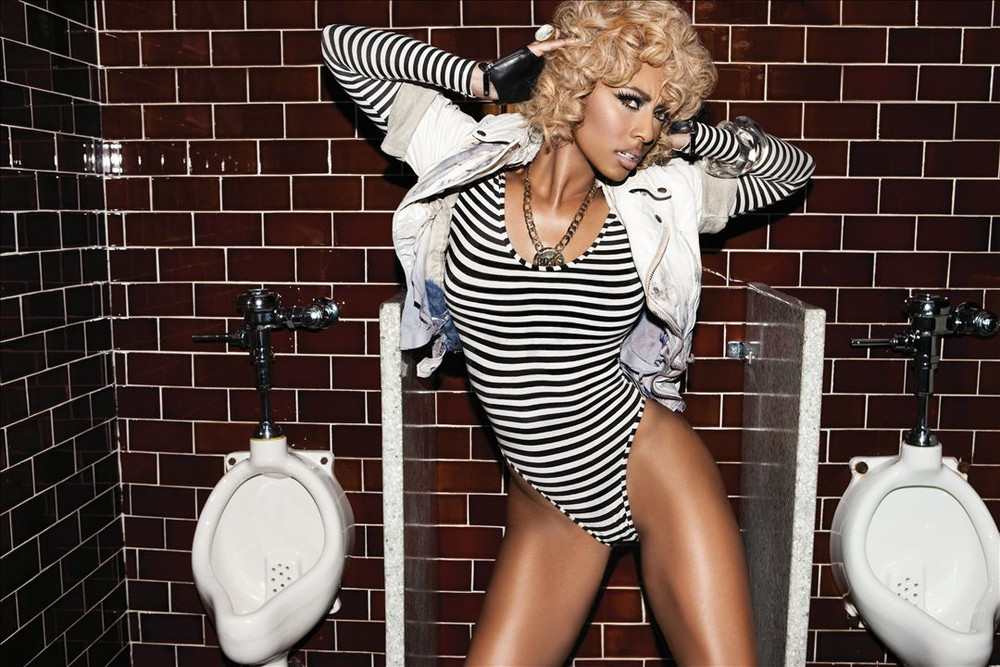 Keri Lynn Hilson (born December 5, 1982) is an American singer, songwriter, and actress. She was born and raised in Decatur, Georgia and spent most of her youth working with producer Anthony Dent as a songwriter and background vocalist for several R&B and hip hop artists. By the age of 14, Hilson had secured a record deal with the girl group D'Signe, which later disbanded. She attended Oxford College of Emory University in Georgia while she continued writing songs for artists including Britney Spears, The Pussycat Dolls, and Mary J. Blige, with the production and songwriting team The Clutch. In 2006, Hilson signed with American rapper and producer Timbaland's record label Mosley Music. Her breakthrough came in 2007 after appearing on Timbaland's single "The Way I Are", which topped charts around the world.

Hilson's music style is R&B, hip hop, and pop; womanhood, sexual intimacy, and love are the typical themes. Her musical influences come from her father's side of the family. Hilson's debut studio album, In a Perfect World..., was released in 2009, and debuted at number four on the US Billboard 200 chart, eventually being certified gold by the Recording Industry Association of America (RIAA). The album spawned the hit singles "Knock You Down" (featuring Kanye West and Ne-Yo), "Turnin Me On" (featuring Lil Wayne), and "I Like". It also earned Hilson two Grammy Award nominations for Best New Artist and Best Rap/Sung Collaboration for "Knock You Down". Her second studio album, No Boys Allowed, was released in 2010 and was somewhat less successful than its predecessor; however, it did include the platinum single "Pretty Girl Rock" (featuring Kanye West). As of 2022, Hilson's next album has yet to be released, and for the past twelve years Hilson has not released any new music of her own.

Hilson has also contributed to various charities and pursued a career in acting, and she continues to record and perform music. She has contributed in the fight against HIV and AIDS, helped various relief efforts for natural disasters, and become involved with several educational organizations. In 2012, Hilson made her acting debut in the romantic comedy film Think Like a Man. Her achievements include a BET Award, MOBO Award, NAACP Image Award and two Soul Train Music Awards.

The seventh annual show, hosted by LeToya Luckett & DeRay Davis, will be taped live from Atlanta.

Turnin Me On (MSTRKRFT Remix)

In A Perfect World...

Turnin Me On [Club Edit (Edited)]

Turnin Me On [Club Edit (Explicit)]

Turnin Me On (Explicit)