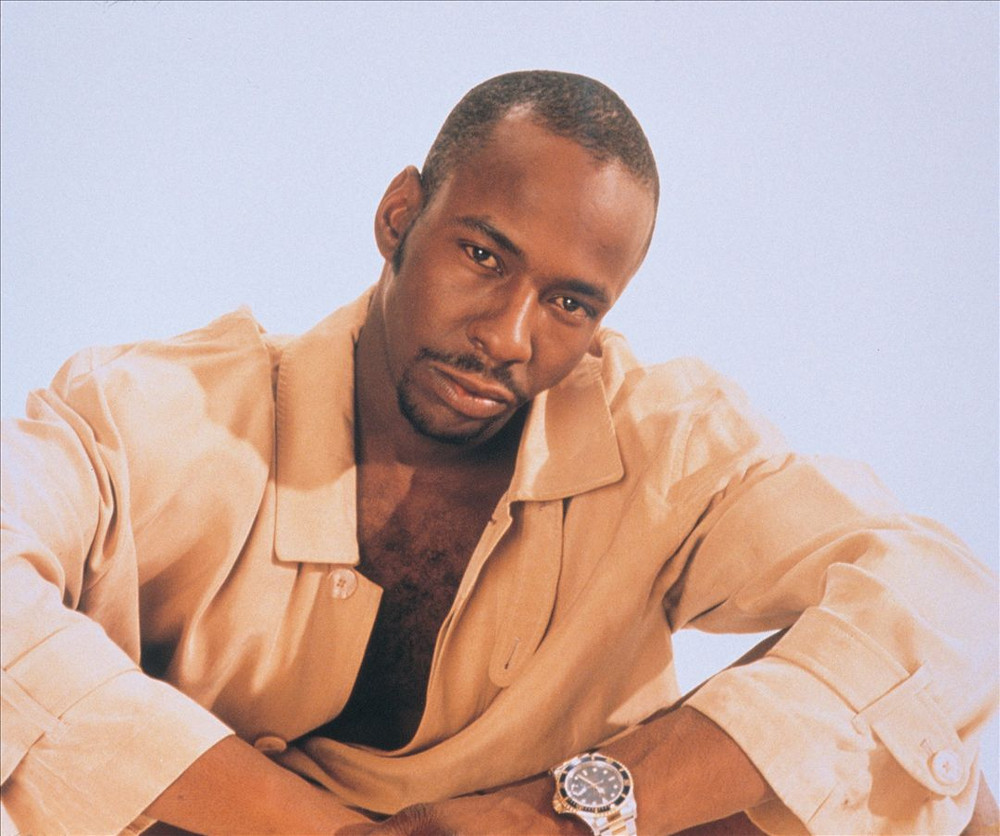 Robert Barisford Brown (born February 5, 1969) is an American singer, songwriter, and dancer. Brown, alongside frequent collaborator Teddy Riley, is noted as one of the pioneers of new jack swing: a fusion of hip hop and R&B. Brown started his career in the R&B and pop group New Edition, from its inception in 1978 until his exit from the group in December 1985.Once he started a solo career, Brown enjoyed commercial and critical success with his second album Don't Be Cruel (1988) which spawned five Billboard Hot 100 top 10 singles, including the number one hit "My Prerogative", and the Grammy Award-winning "Every Little Step". In 1989, Brown contributed two songs to the soundtrack of Ghostbusters II. Brown's next album Bobby (1992) spawned several singles including "Humpin' Around", "Get Away", and "Good Enough". However, despite going 3× Platinum, sales of Bobby did not reach the level of its predecessor. Brown has sold over 50 million copies worldwide. Also in 1992, Brown married the superstar singer Whitney Houston, with whom he later had a daughter named Bobbi Kristina Brown. The couple's drug issues and domestic disputes made them tabloid fodder.Brown also appeared in the films A Thin Line Between Love and Hate and Two Can Play That Game. He returned to New Edition for a reunion album and tour from 1996 to 1997, and returned with all six members for another stint in 2005. Brown and Houston starred in the 2005 reality show Being Bobby Brown. Houston filed for divorce two years later in 2007. Houston died in 2012, followed by their daughter in 2015.

'Reliving the splendor of the Honey video with surprise guests!' the icon wrote.

‘Stranger Things’ star Millie Bobby Brown hasn’t been as active on social media in the past year or so, and in a new interview she explained why.

Hours after Halsey told Jimmy Fallon that they know just the right actress to portray them in a life story movie, MBB gave the idea a very enthusiastic two-thumbs up.

The 'Stranger Things' star would be 'So Good' as Ashley.

After they said the 'Stranger Things' star would be "so great" for the role The post Millie Bobby Brown says she’s “down” to play Halsey in biopic appeared first on NME.

Halsey Wants Millie Bobby Brown to Play Them in a Biopic

Singer appeared on The Tonight Show to discuss their current tour

Fans have been pointing out how the singer and teen actress look alike since 'Stranger Things' debuted.

"El be tik tokin," the actress captioned the videos.

Millie Bobby Brown is an actress and producer you know best from her role as Eleven on the seven-time Emmy Award–winning global megahit Stranger Things, now str

Bobby Brown Talks Tell-All A&E ‘Biography’: ‘This Is My Truth’

The two-part documentary starts Memorial Day on A&E, followed by the premiere of his 'Bobby Brown: Every Little Step' reality series with wife/manager Alicia.

Bobby Brown Delves Into the Origins of New Jack Swing, ‘My Prerogative’ in New Doc Clip

The singer's wildly successful and tumultuous life and career will be covered in the two-parter, Biography: Bobby Brown

Bobby Brown Says He Has a Recurring Dream of His Late Children Bobbi Kristina & Bobby Jr.

"I always see [Bobbi Kristina and Bobby Jr.] at beaches or in fields," Bobby Brown said of his recurring dream.

Alicia Etheredge-Brown was the person who helped her now-husband Bobby Brown shake his jitters to marry the late Whitney Houston.

Millie Bobby Brown has teased the upcoming narrative arc for Eleven in 'Stranger Things' Season 4, and according to the actress, it won’t be pretty.

The 'Stranger Things' star said she's been sexualized during her young teen years, but it's gotten worse in the nearly two months since she turned 18.

A two-night documentary film will premiere May 30 and 31, followed by a 12-episode docuseries.

Here's how Billboard scored the showdown between the two New Jack Swing-era titans.

How to Watch the Keith Sweat vs. Bobby Brown ‘Verzuz’ Battle

Keith Sweat and Bobby Brown will face off on Verzuz Thursday, July 1, at 8 p.m. ET. Here's how you can watch the Verzuz battle.

Inside the famous deejay's post-BET Awards bash where he celebrated turning 40 and premiered his latest 'Pass the Mic' installment.

The veteran R&B heroes will go head-to-head for the next Verzuz battle, due to take place 8pm ET this Thursday, through a partnership with Essence festival.

Children Of The East

Get Out The Way

Two Can Play That Game

Remixes In The Key Of B

That's The Way Love Is