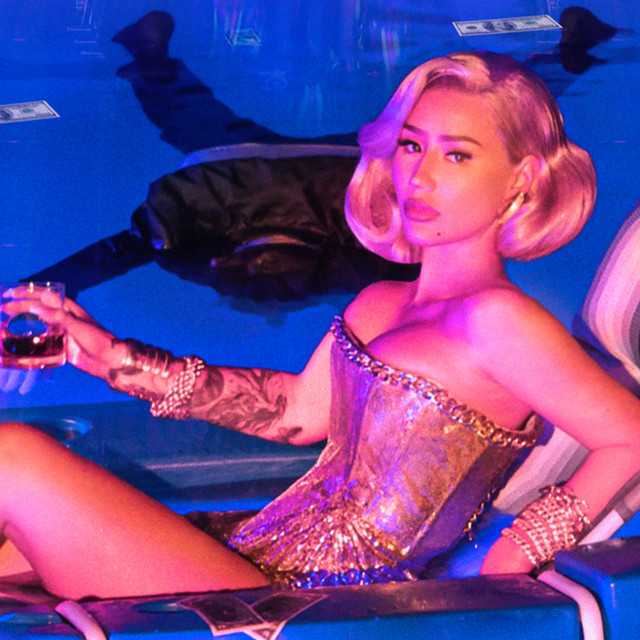 Amethyst Amelia Kelly (born 7 June 1990), known professionally as Iggy Azalea (), is an Australian rapper. At the age of 16, Azalea moved from Australia to the United States in order to pursue a career in music. Azalea earned public recognition after releasing the music videos for her songs "Pussy" and "Two Times" on YouTube, both of which gained rapid popularity. Azalea shortly after released her debut mixtape, Ignorant Art (2011), and subsequently signed a recording contract with American rapper T.I.'s Grand Hustle label.

Azalea's debut studio album, The New Classic (2014), peaked among the top five on several charts worldwide, but received mixed reviews from within the industry. The album eventually topped the Billboard Top R&B/Hip-Hop Albums, making Azalea the first non-American female rapper to reach the top of the chart. The New Classic was preceded by Azalea's debut single "Work" and chart-topping single "Fancy" (featuring Charli XCX), which hit the U.S. Billboard Hot 100. Azalea was featured on Ariana Grande's 2014 single "Problem", which peaked at number two behind "Fancy". With these hits, Azalea became the second musical act (behind The Beatles) act to rank at number one and two simultaneously on the Hot 100 with their debut appearances on the chart. In addition, she achieved three top ten hits simultaneously on the Hot 100 with the aforementioned songs and the album's fifth single, "Black Widow" (featuring Rita Ora), which debuted later that year.After her debut album, Azalea released a slew of singles to build anticipation for her intended second album, Digital Distortion. However, a series of conflicts with her label, as well as personal conflicts, resulted in the project being cancelled. Consequently, Azalea switched labels, releasing the EP Survive the Summer (2018) under Island Records. Further disagreements led to Azalea becoming an independent artist and creating her own label, Bad Dreams, through a distribution deal with Empire. Her second album, In My Defense, was released in 2019, followed by another EP, Wicked Lips, that same year. Before taking a hiatus from music, Azalea released her third studio album, The End of an Era, in August 2021.

Iggy Azalea Announces She's No Longer Retiring From Music Career: 'Cry About It'

After saying she was stepping away from music following the release of her 'End of an Era' album, Iggy Azalea announced that she's decided to come back.

Iggy Azalea Ends Brief Retirement From Music: ‘If I Can’t Have Peace, Neither Can You’

Iggy Azalea reveals she’s “coming back” to music: “Cry about it”

She said last summer that she'd be taking "a few years" away to focus on other projects The post Iggy Azalea reveals she’s “coming back” to music: “Cry about it” appeared first on NME.

Iggy Azalea Announces She’s ‘Coming Back’ to Music: ‘Cry About It’

The rapper previously vowed to step away from music after releasing her 2021 album 'The End of an Era.'

"Onyx is such a cutie I can’t handle it," the rapper captioned the snap.

After a Twitter user shared a video of Iggy Azalea twerking that drew mixed reactions, the rapper responded to trolls who feel the need to comment on her body.

Iggy Azalea Reveals the New Arm Tattoo She Got in Honor of Son Onyx: See It

"My new favorite & most special tattoo!" the rapper shared on Instagram.

Iggy Azalea Sounds Off Over Playboi Carti Claiming ‘I Take Care of My Baby Mom,' Says They're Not on Good Terms

In a new interview Playboi Carti opened up about his relationship with former girlfriend Iggy Azalea, with whom he shares a 2-year-old son, Onyx.

King Vamp opened up about his relationship with Kanye West, Iggy Azalea, his cult following, his upcoming project, and more in a new interview.

The artist will be joined by Iggy Azalea and Sean Paul on select dates and cities.

They’ll be playing the main stage alongside headliners Calvin Harris and Nick Cave And The Bad Seeds The post Iggy Azalea and Afrojack announced for EXIT Festival 2022 appeared first on NME.

Iggy Azalea performed during the halftime show at Wednesday's (Oct. 20) New York Knicks home opener against the Boston Celtics at Madison Square Garden, backed up by the Knicks City Dancers.

Britney Spears took to Instagram on Wednesday (Sept. 8) to thank Iggy Azalea for all her "kind words" and support. See the post here.

Billboard spoke with Iggy Azalea about what she's calling her final album, 'The End of an Era,' and why she's perfectly content to go out on her own terms.

Iggy Azalea announced on Thursday (July 15) that she's going to take a bit of a break from music after her upcoming album, End of an Era, arrives in August.

The rapper's new album 'End Of An Era' is dropping next month The post Iggy Azalea to “take a few years” away from music after next album appeared first on NME.

Iggy Azalea responds to accusations of blackfishing in new video: “All I’ve done is try a hair color”

Azalea called the claims "ridiculous and baseless" The post Iggy Azalea responds to accusations of blackfishing in new video: “All I’ve done is try a hair color” appeared first on NME.

The End of an Era (Deluxe)

The End of an Era

Sex on the Beach

Change Your Life (Iggy Only Version)