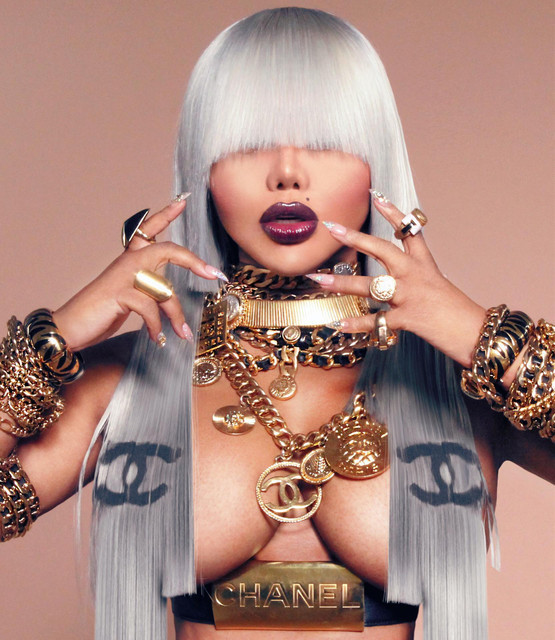 Kimberly Denise Jones (born July 11, 1974), better known by her stage name Lil' Kim, is an American rapper and reality television personality. Born and raised in Brooklyn, New York City, she lived much of her adolescent life on the streets after being expelled from home. In her teens, Jones would freestyle rap, influenced by fellow female hip hop artists like MC Lyte and the Lady of Rage. In 1994, she was discovered by fellow rapper The Notorious B.I.G., who invited her to join his group Junior M.A.F.I.A.; their debut album, Conspiracy, generated two top 20 singles in the United States and was certified gold by the Recording Industry Association of America (RIAA).

Lil' Kim's debut studio album, Hard Core (1996) was certified double platinum, has since sold more than six million copies worldwide, and spawned three successful singles: "No Time", "Not Tonight (Ladies Night)", and "Crush on You". It had the highest debut in the US for a female rap album at the time. Her following albums, The Notorious K.I.M. (2000) and La Bella Mafia (2003) were also certified platinum. In 2001, Lil' Kim reached number one on the U.S. Billboard Hot 100 with the single "Lady Marmalade" (a remake of LaBelle' 1974 single), alongside Mýa, Pink, and Christina Aguilera. Other notable singles from this period include "The Jump Off" and "Magic Stick", the latter of which reached number two on the Billboard Hot 100, becoming Kim's 2nd-highest-charting single as a lead artist.

In 2005, Lil' Kim served a one-year prison sentence for lying to a jury about her friends' involvement in a shooting four years earlier. During her incarceration, her fourth album, The Naked Truth, was released to positive reviews from critics. A reality series covering her sentence, Lil' Kim: Countdown to Lockdown, premiered on BET in 2006. She then released her first mixtape, Ms. G.O.A.T. (2008), and returned to the public eye in 2009 with an appearance on Dancing with the Stars. Throughout the 2010s, she continued to release music and perform sporadically, collaborating with artists such as Faith Evans, Remy Ma, and Fabolous. Her fifth studio album, 9, was released in 2019.

Lil' Kim has been referred to as the "Queen of Rap", as well as her alias "Queen Bee" by several media outlets. She has sold more than 15 million albums and 30 million singles worldwide. Her songs "No Time", "Big Momma Thang", and "Not Tonight (Ladies Night)" were each listed on Complex's list of the 50 Best Rap Songs By Women. In 2012, Lil' Kim was listed on VH1's 100 Greatest Women in Music list at number 45, the second highest position for a solo female hip-hop artist. Aside from music, Lil' Kim is also known for her risk-taking and luxurious approach to fashion that inspired many artists; she has been cited as a fashion icon. She has been noted for helping women embrace their "sexuality and femininity" in a way that was a stark contrast at the time from other female artists.

Cardi B Plans to Have Lil’ Kim on Her Album, Wants It to Be a 'Great Comeback'

Cardi B is eager to get Lil' Kim on her next album, but she’s also admitted to having some trouble deciding which song she wants to work with her on.

The Most Memorable Beauty Moments in Hip-Hop

Whether it’s hairstyles or makeup looks, so many beauty trends were started by hip-hop artists. Everything from Lil' Kim's logo wig to ASAP Rocky's nail art.

"It’s a celebration of his life," Lil' Kim said on the red carpet.

On the eve of his 50th birthday, Lil' Kim hosted her second BIG dinner and gala which was a star-studded event featuring performances from hip-hop's greats.

Ja Rule revealed who would make his rap Mount Rushmore and took a moment to highlight the long-lasting legacy of Lil’ Kim and her debut album.

Lil' Kim's career is being guided by Nick Cannon.

Took Us A Break