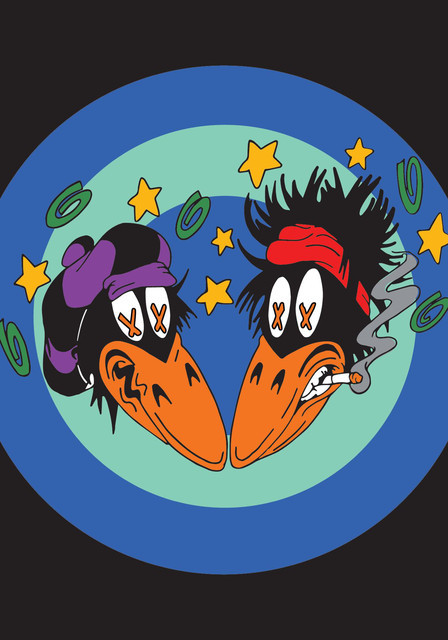 The Black Crowes are an American rock band formed in Atlanta, Georgia, in 1984. Their discography includes eight studio albums, four live albums and several charting singles. The band was signed to Def American Recordings in 1989 by producer George Drakoulias and released their debut album, Shake Your Money Maker, the following year. Their follow-up, The Southern Harmony and Musical Companion, reached the top of the Billboard 200 in 1992. The albums Amorica (1994), Three Snakes and One Charm (1996), By Your Side (1999), and Lions (2001) followed, with each showing moderate popularity but failing to capture the chart successes of the band's first two albums. After a hiatus from 2002 to 2005, the band regrouped and toured for several years before releasing Warpaint in 2008, which reached number 5 on the Billboard chart.Following the release of their greatest hits/acoustic double album Croweology in August 2010, the band started a 20th anniversary tour that was followed by a second hiatus. After touring in 2013, the band announced another breakup in 2015, reforming in late 2019 to announce a 2020 tour in support of the 30th anniversary of Shake Your Money Maker. By this point the band had none of its original line-up left except for Chris and Rich Robinson, the only two constant members of the band over its entire history.

The Black Crowes have sold more than 30 million albums, and are listed at number 92 on VH1's 100 Greatest Artists of Hard Rock. They were labeled by Melody Maker as "The Most Rock 'n' Roll Rock 'n' Roll Band in the World" and the readers of Rolling Stone voted them 'Best New American Band' in 1990.

The Black Crowes shared a 12-minute video of their surprise collaboration to their social media The post Watch Peter Buck and Kim Thayil join The Black Crowes on stage appeared first on NME.

Over the past 30 years, Brodginski handled PR campaigns for The Black Crowes, The Allman Brothers Band and Aerosmith, among others.

Others on the stacked lineup include The Black Crowes, Yola, Lainey Wilson, Lindsay Ell and more.

Exclusive: The Black Crowes on Their First New Recordings in 12 Years

Black Crowes will drop the cover EP on May 4, and plan to hit the studio to start an album of originals in January

Other artists lined up for the May festival include The Black Crowes, Kygo, Pitbull and Greta Van Fleet.

Live at the Greek

Wiser for the Time

Before the Frost... Until the Freeze

Goodbye Daughters of the Revolution

Brothers of a Feather: Live at the Roxy

Kicking My Heart Around

One Mirror Too Many

Three Snakes And One Charm

The Southern Harmony And Musical Companion

She Talks To Angels

Big Head Todd and The Monsters