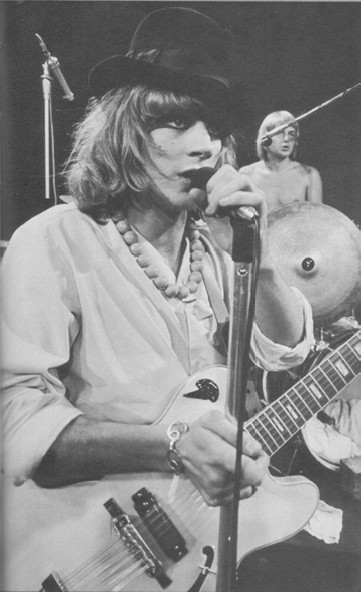 Kevin Ayers (16 August 1944 – 18 February 2013) was an English singer-songwriter who was active in the English psychedelic music movement. Ayers was a founding member of the psychedelic band Soft Machine in the mid-1960s, and was closely associated with the Canterbury scene. He recorded a series of albums as a solo artist and over the years worked with Brian Eno, Syd Barrett, Bridget St John, John Cale, Elton John, Robert Wyatt, Andy Summers, Mike Oldfield, Nico and Ollie Halsall, among others. After living for many years in Deià, Mallorca, he returned to the United Kingdom in the mid-1990s before moving to the south of France. His last album, The Unfairground, was released in 2007. The British rock journalist Nick Kent wrote: "Kevin Ayers and Syd Barrett were the two most important people in British pop music. Everything that came after came from them."

As Close as you think

Shooting At The Moon

Joy Of A Toy

The Mothers Of Invention