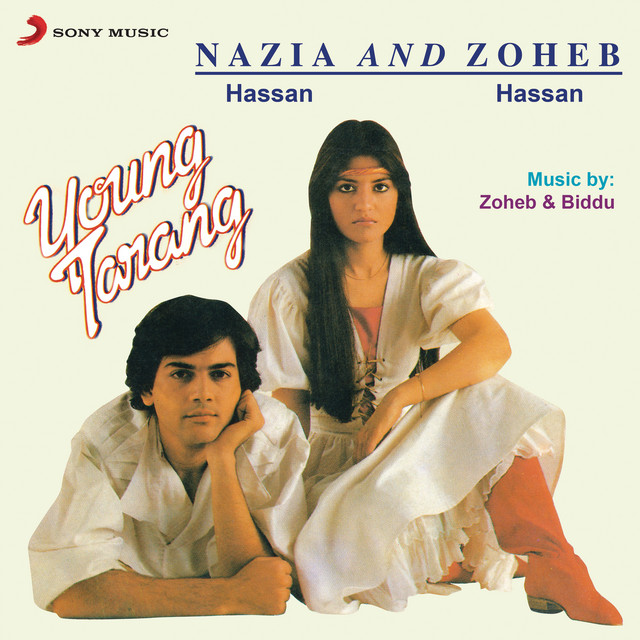 Nazia Hassan (3 April 1965 – 13 August 2000) was a Pakistani singer-songwriter, lawyer and social activist. Referred to as the Queen of South Asian pop, she is considered one of the most influential singers in the subcontinent. Starting in the 1980s, as part of the duo Nazia and Zoheb, she and her brother Zoheb Hassan, have sold over 65 million records worldwide.Hassan made her singing debut with the song "Aap Jaisa Koi", which appeared in the Indian film Qurbani in 1980. She received praise for the single, and won the Filmfare Award for Best Female Playback Singer at the age of 15 in 1981, becoming the first Pakistani to win and currently remains the youngest recipient of the award to date. Her debut album, Disco Deewane, was released in 1981, and charted in fourteen countries worldwide and became the best-selling Asian pop record up at the time. The album included the English language single "Dreamer Deewane" which led her to be the first Pakistani singer to make it to the British charts.Hassan followed up with the albums Boom Boom in 1982, part of which was used as the soundtrack of the film Star (1982), Young Tarang in 1984, and Hotline in 1987. The track "Dum Dum Dede" from Young Tarang was used in closing scene of the 2012 Indian film, Miss Lovely by Ashim Ahluwalia. Her last album, Camera Camera in 1992, was part of a campaign against drugs. Along with her brother, she also appeared in several television programs. In 1988 she appeared in Sung Sung with music maestro Sohail Rana. They also hosted the first-ever pop-music stage show, Music '89, produced by Shoaib Mansoor. Her success played a key role in shaping Pakistani pop music scene.

Throughout her singing career spanning over 15 years, Hassan became one of Pakistan's most popular celebrities. She was a recipient of Pakistan's civilian award, Pride of Performance. In addition to singing, she also engaged in philanthropic activities, and was appointed by UNICEF as its cultural ambassador in 1991. On August 13, 2000, Hassan died of lung cancer in London at the age of 35.