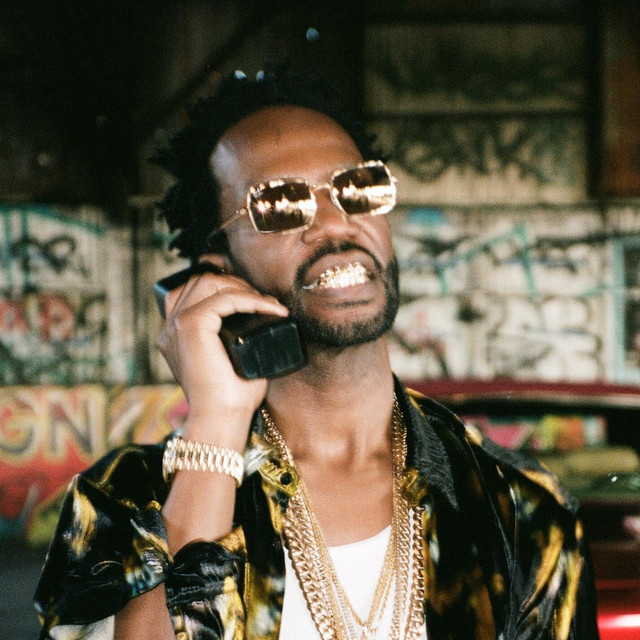 Jordan Michael Houston III (born April 5, 1975), known professionally as Juicy J, is an American rapper and record producer. Originally from Memphis, Tennessee, he is a founding member of the Southern hip hop group Three 6 Mafia, established in 1991. The group won an Academy Award for Best Original Song for their single "It's Hard out Here for a Pimp". His most notable singles as a soloist are his features on the Top 40 singles: Mike Will Made It's "23", Usher's "I Don't Mind" and his own single "Bandz a Make Her Dance" (featuring Lil Wayne and 2 Chainz), the last of which served as the lead single for his third album and major label debut Stay Trippy on August 27, 2013. The album was followed up by Rubba Band Business (2017), which was his final project on a major label before independently releasing his most recent album The Hustle Continues (2020).

In 2002, he released his solo debut album Chronicles of the Juice Man, in between Three 6 Mafia projects. In 2011, Juicy J announced that he was a part-owner and A&R representative for Wiz Khalifa's Taylor Gang Records, and the following year, he signed a solo deal with Columbia Records and Dr. Luke's Kemosabe Records. Juicy J received a Grammy Award nomination for his feature on the Katy Perry single "Dark Horse", which peaked at number one in the United States. He is the younger brother of frequent collaborator and fellow rapper Project Pat.

The debut collaborative project suffers from a lack of chemistry, as Pi’erre Bourne struggles to stand out within Juicy J’s signature gothic sound.

Juicy J and Pi'erre Bourne have dropped off their new collaborative album 'Space Age Pimpin,' featuring Project Pat and the single "This Fronto."

Juicy J and Pi’erre Bourne have teamed up to drop their song, "This Fronto." They also announced the title and release date of their joint album.

Fresh off the release of his new collaborative project with Wiz Khalifa, Juicy J enlists fellow Memphis rapper Duke Deuce for his latest single "Step Back."

Kevin Gates' 2013 track "Thinking With My Dick" featuring Juicy J just debuted at No. 37 on the Billboard Hot 100 and it's all thanks to TikTok.

Projects from vets, newcomers and everyone in between this week. Continue reading…

Billboard’s Jordyn Rolling sat down with Wiz Khalifa to talk about everything from his Juicy J collab, his forthcoming studio album and shares his thoughts on the Astroworld tragedy.

Mac Miller is being remembered by Kid Cudi, Kehlani, Juicy J and more on the third anniversary of his death Tuesday (Sept. 7).

Hustling & Grinding / Come As You Are (Live)

SPEND IT (Chopped Not Slopped)

You Can Cry (Remixes)

Hustle Till I Die

Chronicles of the Juice Man