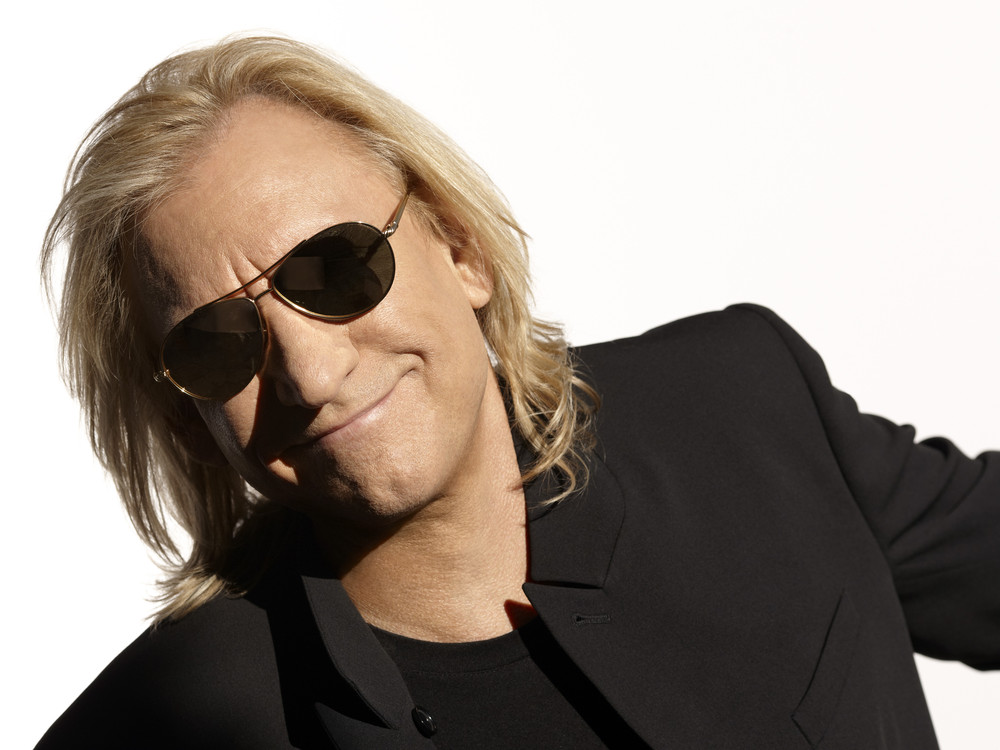 Joseph Fidler Walsh (born November 20, 1947) is an American guitarist, singer, and songwriter. In a career spanning seven decades, he has been a member of three successful rock bands: the James Gang, the Eagles, and Ringo Starr & His All-Starr Band. He was also part of the New Zealand band Herbs. In the 1990s, he was a member of the short-lived supergroup The Best.

Walsh has also experienced success both as a solo artist and as a prolific session musician, being featured on a wide array of other artists' recordings. In 2011, Rolling Stone placed him at the No. 54 spot on its list of "100 Greatest Guitarists of All Time".In the mid-1960s, after attending Kent State University, Walsh played with several local Ohio-based bands before reaching a national audience as a member of the James Gang, whose hit song "Funk #49" highlighted his skill as both a guitarist and singer. Roger Abramson, a concert producer and artist manager, signed the James Gang to a management agreement with BPI in Cleveland. After leaving the James Gang in 1972, he formed Barnstorm with Joe Vitale, a college friend from Ohio, and Kenny Passarelli, a bassist from Colorado, where Walsh had moved after leaving Ohio. While the band stayed together for three albums over three years, its works were marketed as Walsh solo projects. The last Barnstorm album, 1974's So What contained significant guest contributions from several members of the Eagles, a group that had recently hired Walsh's producer, Bill Szymczyk.

At Szymczyk's suggestion, Walsh joined the Eagles in 1975 as the band's guitarist and keyboardist following the departure of their founding member Bernie Leadon, with Hotel California being his first album with the band. In 1998, a reader's poll conducted by Guitarist magazine selected the guitar solos on the track "Hotel California" by Walsh and Don Felder as the best guitar solos of all time. Guitar World magazine listed it at eighth of the Top 100 Guitar Solos.Besides his work with his several bands, he has released 12 solo studio albums, six compilation albums, and two live albums. His solo hits include "Rocky Mountain Way", "Life's Been Good", "All Night Long", "A Life of Illusion", and "Ordinary Average Guy".

As a member of the Eagles, Walsh was inducted into the Rock and Roll Hall of Fame in 1998, and into the Vocal Group Hall of Fame in 2001. The Eagles are considered to be one of the most influential bands of the 1970s, and they remain one of the best-selling American bands in the history of popular music. His creative contribution to music has received praise from many of the best rock guitarists, including Led Zeppelin's Jimmy Page, who said, "He has a tremendous feel for the instrument. I've loved his style since the early James Gang." Eric Clapton said that "He's one of the best guitarists to surface in some time. I don't listen to many records, but I listen to his." The Who's guitarist, Pete Townshend, said "Joe Walsh is a fluid and intelligent player. There're not many like that around."

Mike Mitchell, Guitarist on the Kingsmen’s ‘Louie Louie,’ Dead at 77

"I learned to play the guitar because of Mike Mitchell. I know every one of his solos, mistakes and all," Joe Walsh says of founding member of garage rock icons

Songs for a Dying Planet

You Bought It - You Name It

There Goes the Neighborhood

You Can't Argue With A Sick Mind

The Smoker You Drink, The Player You Get